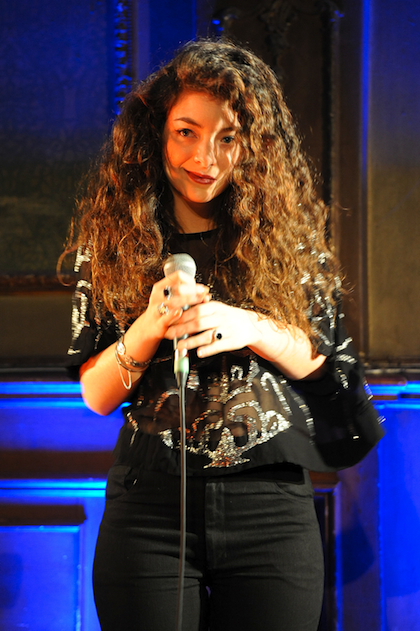 With the recent rise in popularity of other acts from Down Under, including the breakout pop-rock act 5 Seconds of Summer and fierce mega-rapper Iggy Azalea, comes New Zealand’s Ella Yelich O’Connor, better known by her stage name simply as Lorde.

What’s most surprising about this siren from the southern hemisphere is that, at the tender age of 16, she is already blowing up on the underground pop market, with one EP under her belt (March’s The Love Club) and a full-length studio album, Pure Heroine, anticipated for release sometime this month.

Most kids at Lorde’s age are still in school worrying about coursework, not slaying it in the music industry. But Lorde is being hailed as Billboard Magazine's “The New Queen of Alternative.” Not bad for someone who is barely legal driving age.

Her first two singles to her credit include the New Zealand chart toppers “Royals” and “Tennis Court”, the likes of which have even made it fairly high onto the U.S. Alternative and Rock charts. “Royals” actually marked the first time in 17 years that a female artist hit number one on the U.S. Alt charts, so if that’s any indication of how bright Lorde’s future is, then we’re all in for a musical treat.

Another fan favorite (and this blogger’s personal fave) is the effervescent, head-bopping, and enticingly catchy “The Love Club”.

Although their sounds are very different from one another, a fervent pop music enthusiast's observation would lead one to suppose that Lorde is New Zealand’s answer to the U.K.’s Charli XCX.

Super fans of the seriously talented and up-and-coming Lorde will only have to wait a few weeks longer until the September 30 release date of her debut album, but in the meantime, anyone wanting to sharpen their knowledge of this diva from Down Under can visit her on her official website.