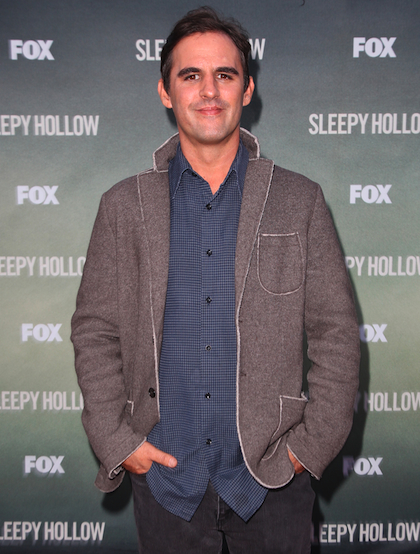 J.J. Abrams is quite busy these days, what with being the new director and writer of the first Star Wars film in ten years. Lately, all anybody seems to be talking about is the newStar Wars film, but what about Star Trek? The third film in the franchise seems to be Abrams-less, so who is going to be taking the reins? Step in screenwriter Roberto Orci.

Orci might be a new name to some people out there, but the Mexican-American screenwriter, producer, and director has been working for a while in many major motion pictures. The tentatively-titled Star Trek 3, the first draft of a script for which Orci recently announced is done, marks his first venture into directing.

Roberto Orci is no stranger to the new Star Trek film franchise either. He was credited on the first two films as a co-writer and producer. It’s good to see that Paramount has chosen to keep the directorial duties inside the Star Trek family rather than hire an outsider. According to the totally geeky Star Trek actor and British funny man Simon Pegg, out of everybody else behind the new Star Trek films, “He was always the most Trekkie of all of those guys anyway.” So, it seems like Orci is a perfect fit for the job.

Roberto Orci was born in Mexico City, Mexico, but was later raised in Texas and Los Angeles. While attending high school at Crossroads, a private school in Santa Monica, he met and befriended future writing partner Alex Kurtzman. Together they were both credited in 2005 with writing the Michael Bayscience fiction thriller The Island. From there, their film careers took off together. They later collaborated with Bay once more to write the first and second Transformersfilms. Before taking a trek into the Star Trek franchise, they went uncredited for polishing the script for the DC comic book film Watchmen, co-wrote the Daniel Craigand Harrison Ford genre-blending sci-fi westernCowboys & Aliens, and executive produced theSandra Bullock romantic comedy The Proposal.

Star Trek isn’t the only big budget film Orci is focused on at the moment either. He is set to be a part of The Mummy andVan Helsing reboots (which will have a shared universe), the long-awaited Spider-Man villain Venom’s spin-off film, AND the upcoming Power Rangers movie. As if that wasn't enough, he’s no stranger to television either. Orci actually started his career in TV, working on “Hercules: The Legendary Journeys” and “Xena: Warrior Princess”. From there, he worked on the J.J. Abrams-created thriller “Alias”, which starred Jennifer Garner. Apparently having left an impression on Abrams, he not only snagged a job on Star Trek but he, along with Kurtzman and Abrams, created the much loved cult science fiction series “Fringe”, which just ended its run last year. Today, he is credited as a co-creator and writer of the Fox horror drama “Sleepy Hollow”.

Whew! Just typing that up made me exhausted. I can only imagine how drained Orci must be on a daily basis. But then again, he must be like one of his science fiction creations and not a human being at all. The only explanation for Orci’s immense creative output must be that he is a bionic humanoid created specifically to create science fiction scripts and other wondrous projects for the masses on a mission to provide non-stop entertainment.

Alas, all human or bionic humanoid conspiracies aside, with his past writing the extraordinary Star Trek films and Trekkie praise from ultra geek Simon Pegg, Roberto Orci looks like the main man for the job of leading Kirk, Spock, and the rest of the crew on their next adventure to boldly go where no man has gone before.