"iZombie" Puts a Fresh New Spin on a Classic Genre! 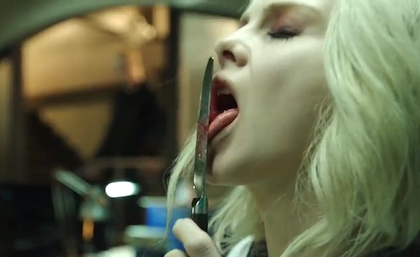 Now that "The Walking Dead" has wrapped up their season, I’ve been craving my weekly dose of zombies and brains. Luckily, "iZombie" has been there to satisfy my zombie thirst.

The CW’s "iZombie" is about a girl named Liv, who finds herself plagued by zombie-itis, if you will. Unlike typical zombies that we are used to, she can think and function like a regular person, except for the whole need-to-eat-brains thing and not feeling anything.

This series takes the zombie trope in a different direction than many other zombie stories. They run with the idea of zombies being able to control themselves and walk peacefully among the living. The idea reminds me a bit of the movie Warm Bodies, where zombies were able to rediscover their own humanity despite being… you know… dead.

The plot of each episode of "iZombie" follows a CSI-like procedural that helps us gain a little more insight to the adversity faced by zombies. In this way, we also see the police-side of the crimes, and there may be more to the force than we thought.

The series itself is already interesting, but even just a few episodes in, they have set up an array of storylines that will propel the series into a very complicated and unfamiliar territory. Relationships between living and the dead, extent of the “plague”, possible cures... So many questions and a lot of hot sauce!

"iZombie" has been a hit so far and we hope that the rest of the season is just as intriguing and entertaining. Check it out every Tuesday night at 9pm on The CW!

In the meantime, check out our interviews with stars Rose McIver (the titular zombie herself) and Malcolm Goodwin, who plays our favorite detective on the show!