It's National Read a Book Day: Here Are 5 New Books to Put on Your Reading List This Month! 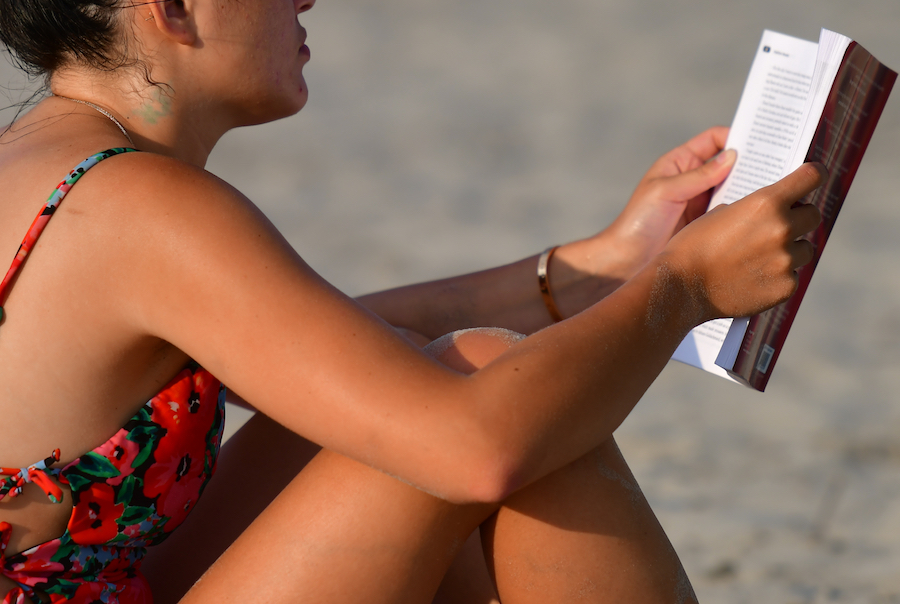 As Fall quickly approaches, there is nothing more relaxing than cozying up with a good book. Whether you are a hopeless romantic, science-fiction fan, or a lover of mystery novels, September 2020 has a lot of amazing new releases headed your way. Here are just 5 new books to look out for this month!

1. A Deadly Education by Naomi Novik

A Deadly Education is the first novel, or Lesson One, in the newest series entitled Scholomance. Naomi Novikis also the New York Times Best Selling author of the novels Uprooted and Spinning Silver. This story takes place at Scholomance, a school for the magically gifted, where success is students' number one priority and failure leads to certain death. One girl, El, is a talented dark sorceress who begins to discover some of the many secrets that Scholomance keeps hidden inside of its walls. Survival is most important, and the school won’t allow anyone to leave until they graduate or die, and El plans on making it out of Scholomance alive.

“Lesson One of the Scholomance. Learning has never been this deadly” . A Deadly Education by @naominovik the first book in the Scholomance series, is hands down one of my most anticipated release this year! Just have to wait for September 29 to roll around! . I absolutely loved Uprooted, and Spinning Silver! They are some of my favourite adult fantasies, and I’m really excited to see what Naomi does in the YA market with this series. Plus, I’m a sucker to magical schools! . Synopsis: . â €â € A Deadly Education is set at Scholomance, a school for the magically gifted where failure means certain death (for real) — until one girl, El, begins to unlock its many secrets. . There are no teachers, no holidays, and no friendships, save strategic ones. Survival is more important than any letter grade, for the school won’t allow its students to leave until they graduate… or die! . The rules are deceptively simple: Don’t walk the halls alone. And beware of the monsters who lurk everywhere. El is uniquely prepared for the school’s dangers. She may be without allies, but she possesses a dark power strong enough to level mountains and wipe out millions. . It would be easy enough for El to defeat the monsters that prowl the school. The problem? Her powerful dark magic might also kill all the other students. . What is one of your most anticipated reads for 2020?

2. Watch Over Me by Nina Lacour

Watch Over Me is an emotional modern ghost story that follows the story of Mila, a recent high school graduate who has been given the opportunity to live and work on a farm in Northern California. The farm is relatively remote, and after aging out of the foster system, Mila is just looking for a new home and a fresh start. However, this new home has some hidden secrets Mila was not prepared for. Haunted by the secrets of tenants past, Mila’s own trauma begins to resurface as she inhabits this new home.Watch Over Me is a story that touches on the topics of trauma, survival, chosen family, and fresh starts.

My new novel comes out one month from today, and I hear that the copies are printed and ready and one might be on its way to me right now! I can’t wait to hold this book in my hands. @suchdainties designed it and I could not be more thrilled. She found such an incredible artist, @pippayoungart, to create the painting. It is beautiful and haunting and mysterious—which I hope you’ll find the story inside to be as well. And if you’d like to pre-order your copy, my publisher will send you an exclusive print of the cover art. Hooray! âœ¨ Here is the url to get the print: https://woobox.com/bmxzqa

Grown is the story of Enchanted Jackson, who is an aspiring teen singer. When she meets R&B singer Korey Fields at an audition, her life changes entirely, and she is able to leave behind the pain of her recent move to the suburbs and the struggle of being the only Black girl at her new high school. She always knew she was destined for stardom, but this dream begins to turn into a nightmare as Korey begins to want complete control of her life. That is, until he ends up dead, and Enchanted has no idea why she has blood on her hands. Jackson exposes the secrets of life in the limelight and the vulnerability of young Black women within the pages of this young adult novel.

Hi! My name is Sunny Skye Jackson. I’m 10 weeks old and weight 5 pounds. I like to chew on my bear and howl from my crate. This is my mommy’s new book #GROWN. She won’t let me eat it. Come meet me today live on IG at 3pm and say #whatupsun #dachshaundpuppy #doxiesofinstagram #dachshaund #dogsofinstagram

A post shared by Tiffany D. Jackson (@writeinbk) on

4. Who I Was With Her by Nita Tyndall

Who I Was With Her follows the story of Corinne Parker, a high schooler who just so happens to be in love with the captain of her rival high school’s cross country captain, Maggie Bailey. Even though the two have been dating for a year, their relationship has been kept a secret because Corinne is not ready to tell people that she is bisexual. However, after the death of Maggie, Corinne is left heartbroken over a girl that no one knew she was in a relationship with. Keeping those feelings inside proves to be too difficult, and she turns to the only person that knows her secret, Maggie’s ex-girlfriend Elissa, who she begins to have feelings for as she makes sense of her grief. Nita Tyndall tackles grief, love, loss, coming out, and discovering oneself within the pages of Who I Was With Her.

ARCs are in for WHO I WAS WITH HER and that means it’s time for a giveaway! I’m hosting one over on twitter, the link is in my bio! (Sappy post about my ARCs coming shortly because I’m still out of words right now!) #bookstagram #authorsofinstagram #yalit #yaauthors #queerya

5. Don’t Look for Me by Wendy Walker

Don’t Look for Me is a thrilling novel following the disappearance of Molly Clarke. But they are not calling it a disappearance. Considered a “walk-away”, one night Molly Clarke simply walked away from her life, or at least that is the story. She left her car abandoned miles from her home and a note at a nearby hotel, and she does not want to be found. Two weeks after the search for Molly has ended, a new lead comes in, and Molly’s daughter Nicole begins to realize that nothing makes sense with her mother’s disappearance. Even though they had a broken relationship, Nicole could not understand why her mother would just walk away. Things get even more complicated when Nicole learns of the disappearance of another woman who vanished from the same town as her mother. So, the real question is: What happened to Molly Clarke?