Is "The Good Doctor" The Next Great Medical Drama? 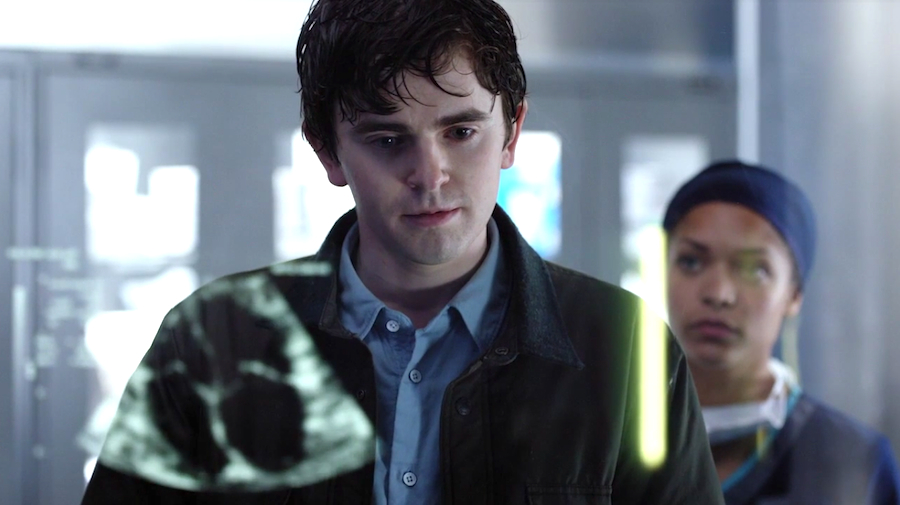 I grew up watching the one and only Hugh Laurie play one of the most iconic TV doctors of all time. "House" gave me high drama, advanced medical jargon, and a unique character-driven plot that stunned and amazed me for years to come. I still reference the episode where a girl had CIPA, a disease that made her unable to feel pain, and House cut her abdomen open while she was awake and took out a huge tapeworm!

I did find a clip of this scene on YouTube but I'll save you all the gross-out warning...

Sorry, tangent. Back to business.

"House" ended in 2012, and for the past five years, I have been devoid of an interesting medical show that really enticed me to watch consistently. Luckily, the creator of "House", David Shore, decided to develop another captivating medical series that is centered around a very strong and complex character.

"The Good Doctor" is a medical procedural series about Shaun Murphy, a pediatric surgeon who has autism and savant syndrome. The pilot aired last week and it was everything we've been missing. I won't give too much away about the pilot but here's the series trailer:

While "The Good Doctor" is compared to "House" (for obvious reasons), we can see that the main characters are both polar opposites yet very similar. House was abrasive, arrogant, snarky, and tragic, but he was also a brilliant, experienced doctor who did not let his job get personal, a theme which you can see visited again and again in the pilot of "The Good Doctor".

On the other hand, Shaun, while also brilliant, is meek, humble, and very eager to learn. The two characters are both brilliant doctors because of how they think and are able to look at the problem at hand and work to solve it.

Hugh Laurie is a very talented actor, but Freddie Highmore, who plays Shaun, can definitely give him a run for his money. Most known for his roles as a child actor in Finding Neverland, Charlie and The Chocolate Factory, and more recently as Norman Bates in "Bates Motel", Highmore is one talented actor. At the ripe age of 25, he is able to play character with intense depth and perspective.

Right as "Bates Motel" wrapped, Highmore went straight into his role as Shaun Murphy, saving lives instead of ending them.

Chillling. Highmore is talented and versatile in his acting and I can't wait to see how his character, Shaun, in "The Good Doctor" develops and deals with the other doctors and patients at the hospital. Incidentally, Highmore was shunned from any Emmy nominations during his entire run on "Bates Motel"; here's hoping "The Good Doctor" earns him the accolades he so deserves!

Could "The Good Doctor" be the next "House"? Only time will tell, but many are watching the show with a critical eye on how the creators will be portraying Murphy's autism and savant syndrome. It is a bold topic to take on in television but one good thing is the dialogue and conversation that seems to be sidetracked in media and society.

"The Good Doctor"'s pilot last week was very promising and we can't wait to see what the rest of the series has in store.

Don't forget to catch "The Good Doctor" on Mondays at 10/9c on ABC!