Im Memoriam: An Ode to All the Beloved (And Not So Much) TV Characters We Lost This Year 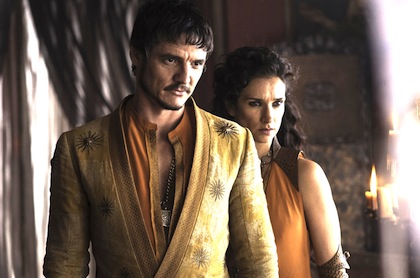 2014 has been a year of ups and downs, and TV has taken us through an emotional rollercoaster!

In particular, there sure have been A LOT of deaths this year in television. Who knows why, but so many of them were huge surprises, and some just had to happen. It seemed as if, in 2014, NO ONE was safe on TV. I certainly wouldn’t feel safe as any character in some of these shows myself. (*coughgameofthronescough*... they’ve killed off five characters alone just this year!)

With all of these deaths on some of my favorite television shows, I think it’s only fair that we take a moment to remember those who we have lost in 2014.

So WARNING! SPOILERS AHEAD! DO NOT CONTINUE READING IF YOU ARE NOT CAUGHT UP!

In no particular order, here are all the characters we've lost this year, some whom will be missed and others... not so much. (Play this as you continue down the list... you know, just to get in the mood...)

"How I Met Your Mother"

"Once Upon A Time"

"Orange is the New Black"

A moment of silence for our fallen favorites, villains, and characters. You might be missed… you might not. We didn’t see it coming… or maybe we did. But regardless, may your characters rest in peace (or rise again as zombies or something).

A special shout out to "The Walking Dead" for getting us all really attached to characters because there would be no point in killing them if we didn’t feel an emotional attachment to them. Cheers!

Is there anyone that got left off this list? Let us know in the comments below!