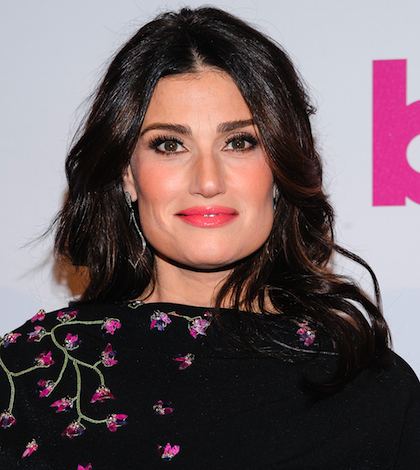 Idina Menzel, also known as “the wickedly talented Adele Dazeem”, is well-known for singing the song “Let It Go” from Disney’s Frozen. Don’t try to be cool and play it off like you’ve never heard this song before, because odds are it's somewhere on your Facebook newsfeed right this very moment. But even if you somehow managed to avoid it after all this time, you still no doubt know that Menzel voiced the Snow Queen of Arendelle named Elsa in Frozen and sang the movie’s flagship song “Let It Go.”

Travolta jokes aside, Menzel wants everybody to remember her name. How’s she going to do that? Since before Frozen, she was mainly known as being a Tony Award-winning musical theatre actress on Broadway, but she is going to ditch all of that in favor of television. She’s set to star in a sitcom that actually has a rather interesting premise, which she most likely chose to do for personal reasons. The show, entitled "Happy Time", will revolve around a woman (Menzel) who works in the public eye but gets tired of pretending to be happy all of the time. Ellen Degeneres is executive producing, which could give us some clue as to what Menzel’s character does for a living. It pretty much is a talk show host’s job to be happy all of the time, right?

Since Frozen came out in 2013, Menzel has had to sing that song over and over again for many public events and award ceremonies, and she even sang “The Star Bangled Banner” at the Super Bowl this past weekend; surely all of this singing and cheeriness has to weigh down a person! Frozen co-writer/co-director Jennifer Lee, who also wrote “Let It Go”, has even apologized about the song. It’s been over a year, and she can’t believe people are still singing it and posting videos on the Internet of themselves and/or children singing along.

Well, Idina Menzel, I think a sitcom will work out just fine for you, especially if you’re working with Ellen Degeneres. Ellen already had her own hit sitcom in the '90s and is a huge talk show success today, so I’m pretty sure she knows what she’s doing. And your last foray into TV, as Lea Michele's mom on "Glee", was widely received. Hopefully now your name will never be Travolta'd again.

In the spirit of a lot people who worked on Frozen being sick of “Let It Go”, let’s hear Menzel sing “The Star Spangled Banner” instead: