ICYMI: Ridley Scott To Entertain Us Once Again With 'Gladiator' Sequel! 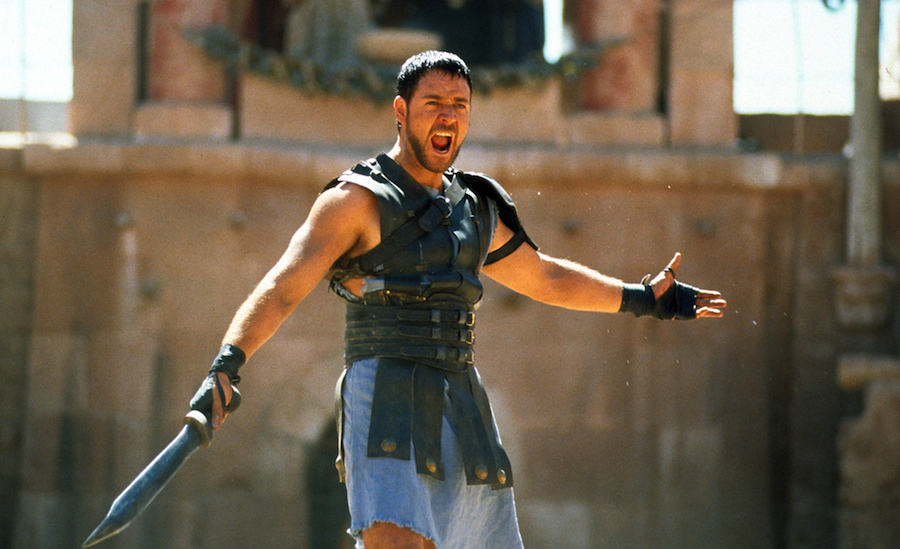 Audiences everywhere better prepare to be entertained, because Ridley Scott is making a sequel to one of his most critically-acclaimed films. Before you run and hide, it is not another Alien film. And before you get too excited, it is not that Thelma & Louise follow-up you’ve been dying for since those loveable ladies took their last ride. The latest installment from the prolific director will see him go back to the Coliseum of Ancient Rome for the long-awaited Gladiator 2.

That’s right, the film that starred Russell Crowe back in 2003 that took audiences by storm and propelled the Aussie performer into the stratosphere. Gladiator received 12 Oscar nominations and even took home trophies for Best Actor, Best Costume Design, and Best Picture. The film followed Crowe’s character Maximus, a betrayed Roman General whose family is murdered and he becomes a prisoner forced to fight in the notorious gladitorial games to the amusement of the cruel new emperor Commodus (Joaquin Phoenix). This all stems from Commodus's play for power and his jealousy of Maximus and concludes with an epic fight between the two in the arena, competing for the crowd’s approval.

While it would be great to see Crowe suit up in some roman combat gear again, we all remember that his character dies at the end of the film to be reunited with wife and son in the afterlife. So, the story for the follow-up would have to revolve around someone else. According to Scott, the plot would revolve around Commodus’s nephew in the film, Lucius. When Maximus saved the boy and his mother, it made a strong impression on Lucius, who also may have been revealed to be the son of Maximus. Spencer Treat Clark played the character in the original. It will be interesting to see who Scott casts for the role of adult Lucius. This will most likely be a very coveted opportunity in Hollywood, considering how well it worked out for Crowe in the first film.

Gladiator is definitely a classic and has serious Hall of Fame credibility. The attention to Ancient Roman detail and the magnificent performances transcend the award-winning flick through time to be enjoyed by all generations. Some would argue that this film doesn’t need another chapter and sits well on its own. I, for one, disagree and look forward to seeing Scott overcome the gargantuan challenge in front of him in pulling off another hit with Gladiator 2 without its star Crowe. This is the same guy that reshot All the Money in the World in 9 days, which garnered an Academy Award nomination for Christopher Plummer (who took over for Kevin Spacey at the very last minute), so we should all ignore the haters and let the man do what he needs to do so he can have his hand raised as grand champion in the Coliseum once again.

Keep your ears to the ground because the Gods have spoken, a second Gladiator film is on its way!