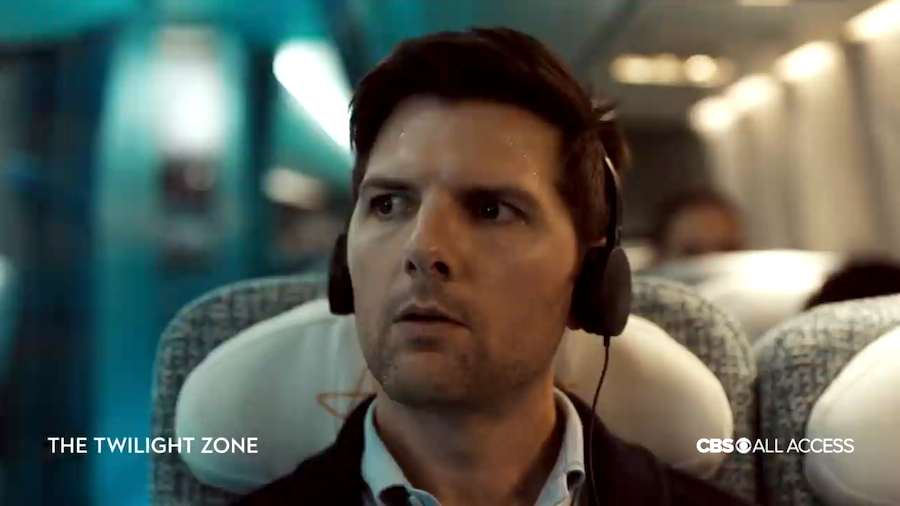 There is a place where strange happenings aren't strange at all, time moves in a flat circle, and nothing is what it seems. That place is called The Twilight Zone. On Monday, April 1, “The Twilight Zone” will call us back to it, after years of waiting just beyond the shadows. On a mysterious streaming service called CBS All-Access, you can enter the Twilight Zone and stay for as long as you like. Even forever. The new voice, face, and mind of horror, Jordan Peele, will be our guide through each shocking twist and unsettling ending.

If you can’t get enough of Peele’s horror-as-social-metaphor genre, you’re not alone. Us just killed at the box office, making records as the the largest opening weekend for an original horror movie. This makes sense, because aside from being scarily good, it’s the kind of movie you have to re-watch immediately once you see the final scene. If there’s anyone fit for a show known for its mind-bending twists, it’s Mr. Peele.

In this new version of “The Twilight Zone”, you can expect to see some homages to the original, like the episode “Terror at 30,000 Feet” with Adam Scott, which is a shoutout to the episode “Terror at 20,000 Feet” starring William Shatner (in fact we see a quick shot in the trailer of a doll that looks just like the monster from the classic Shatner episode washing up on a beach). This time, the plane has reached a higher altitude but likely will still meet a terrible end. There’s some real star power in this Zone of Twilight, including: Kumail Nanjiani, playing a comedian who makes a poorly-thought-out bargain; Steven Yuen, playing a “visitor”(whatever that means) to an Alaskan police station; and Taissa Farmiga playing… well, we don't know yet. These are only some of the well-known performers you can expect to see—seriously, check the show’s IMDb page, it’s star-packed.

Even in the trailer alone, there are plenty of easter eggs for fans of the original, and it looks like there are nods to classic horror movies as well. The talented Jacob Tremblay (Room) is definitely giving us a Shining moment when he rides his bike through what looks like a hotel hallway in this trailer. You gotta admit that hearing that theme song start playing is just as creepy as it’s ever been.

The first 2 episodes will be here April 1, unless this is all a cruel April Fool’s joke. If all is what it seems, then we can’t wait to be transported back to the dimension of imagination, the middle ground between light and shadow, the Twilight Zone.