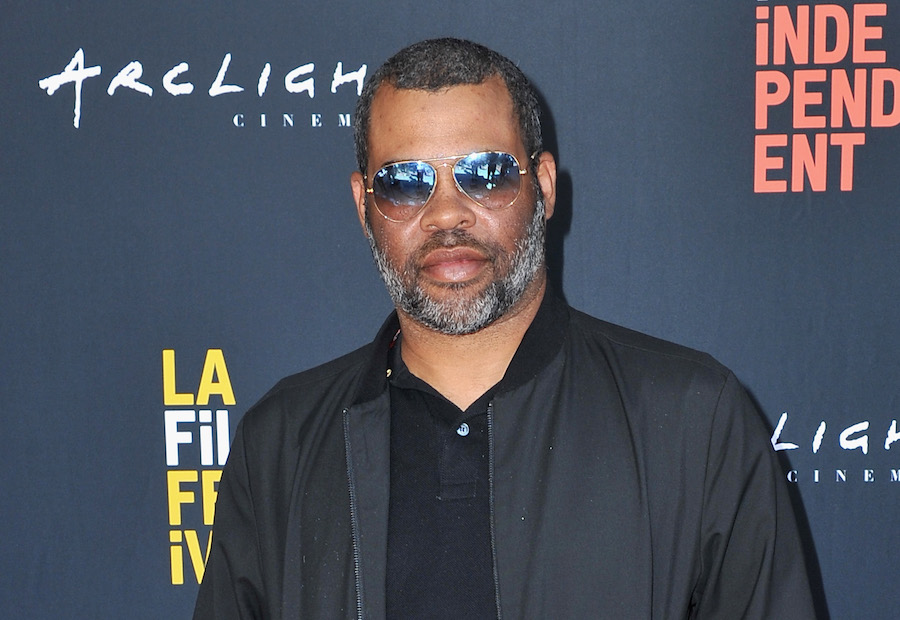 While we’re still quite a bit away from Jordan Peele’s second horror directorial film Us, the man behind the film has finally decided to give eager fans of last year’s Get Out something to go off of with this very tightly-kept-under-wraps film starring Lupita Nyong’o, Winston Duke, and Elisabeth Moss. The director was gracious enough to tweet out to fans a teaser poster for the film along with a warning of “Watch yourself.”

It’s apparent from details in the photo with the scissors possibly having a goat or devil head being covered by black hands, one of which is wearing a fingerless glove -- possibly used for archery -- that there is a lot to go off of from here. While these details and others I haven’t mentioned are definitely specific, we could be here all day speculating on the meaning behind each facet.

Up until this point, all we’ve known about the film is that it is keeping in line with the genre of Get Out which Peele has dubbed as “social horror” or “social thriller” depending on where you read. Luckily, outside of this poster and Peele’s warning, I’m happy to say we have more details!

According to Slashfilm, here is what test audiences are being told about the film prior to viewing it: A mother (Nyong’o) and a father (Duke) take their kids to their beach house expecting to unplug and unwind with friends (including Moss). But as night descends, their serenity turns to tension and chaos when some shocking visitors arrive uninvited.

Fans of horror can point out that this synopsis sounds like it’ll be more in the vain of movies like The Strangers, the surprisingly good low budget horror You’re Next, and possibly Wes Craven’s The Last House On The Left. Since Get Out dealt so much with race relations and the horror that can come with it for a black man in America, this is certain to deal with issues along those lines as well. However, it begs to question if the hands we see in the poster are that of our protagonist or antagonist?

Us is scheduled to come out on March 15, 2019, with some theaters already listing showtimes. A trailer is said to be coming out soon but how about I let the man Jordan Peele tell you when himself: