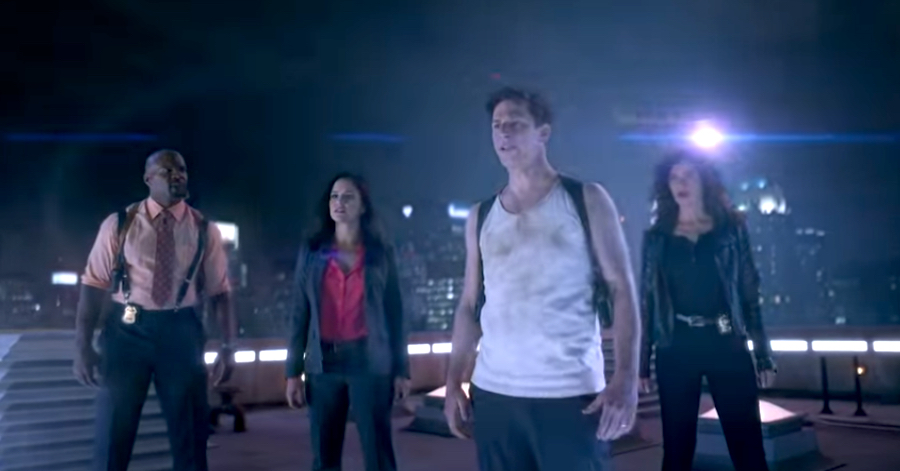 We’ve made it through the dark ages, people, "Brooklyn Nine-Nine" is coming back!

That’s surely one of the toightest trailers I’ve ever seen. We have been on a wild ride of emotions ever since "Brooklyn Nine-Nine" was cancelled by Fox back in May, then heroically revived by NBC just a day later. The cancellation brought on an astounding wave of outrage that made the show a pretty obvious choice for another network to swoop in and save. A world without Hitchcock and Sully is not a world that I want to live in. So now that the Season 6 trailer has dropped, and we have official proof that the 99th precinct will return to us, here’s everything we know:

- The new season will premiere on Thursday, January 10, at 9pm, exactly 8 months after it was originally cancelled, and will hopefully reveal whether or not Holt has been named the NYPD’s new commissioner.

- It’s not all good news -- NBC confirmed that this season was only picked up for 13 episodes instead of the 22 or 23 that it used to be. But it’s actually not all bad news either, because it was recently announced that the network extended its order an extra 6 episodes, bringing our total to 18 new episodes of "Brooklyn Nine-Nine"! Noice!

- The shorter season was initially intended to be a final run to wrap up for all of the characters’ storylines, but it looks like we may not have to say goodbye as soon as we thought. Andy Samberg (Jake Peralta) said he doesn’t think this will be the final season and is confident that there is more to come!

- Now don’t get too excited, there is still some very sad news. My favorite gal, Gina Linetti, is making her final exit. Chelsea Peretti announced that she will be leaving the show this year, but before she goes, she’ll get a Gina-worthy grand finale to send her off. She is also expected to make a few guest appearances throughout the season. Sleep well my dear, sweet Gina.

- There is a possibility that we might see some new famous faces pop up on our "Brooklyn Nine-Nine" screen. Andy joked that some of the celebs that fought for our favorite precinct to be saved could end up on the show… I’m looking at you, Lin-Manuel Miranda!

So that’s my wrap-up, folks, I hope you’re as excited for January 10 as I am!