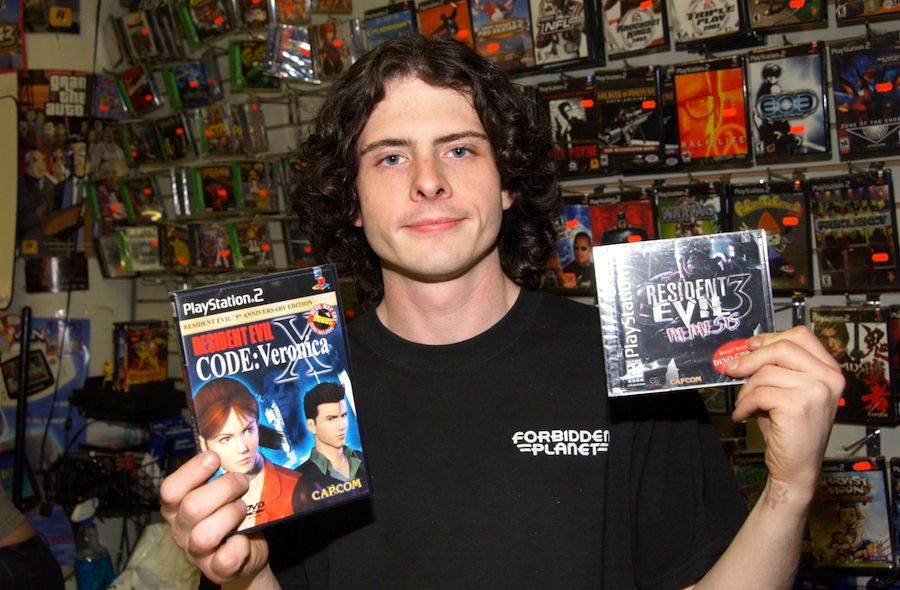 The scariest thing I remember growing up is trudging through the zombie-filled streets of Raccoon City. Resident Evil at the time scarred me for life and forced me to sleep with the lights on for a while after I finished the game. But once I got over the initial trauma of this next-level horror experience, I became addicted and had to shoot zombies all the time. Now I wasn’t the only one that got this sickness, as that franchise would go on to become one of the most popular horror survival games of all time. Heck, it became one THE best game series out there. It has even spawned a 6-film franchise that has been the best effort to date in converting a video game into a movie. Resident Evil has become a fixture in pop culture, and now its next venture is about to be its most exciting.

Who else is looking forward to Resident Evil on #Netflix? I can not wait... pic.twitter.com/5W58zznw2W

After the film series came to a close and the video games were in much need of a revamp, the Resident Evil saga did just that. A revamped Resident Evil 7 hit shelves, reminding fans of the true potential of horror this franchise is capable of, and a remake of the 1998 classic Resident Evil 2 recently released to amazing reviews. It seems everything from the Capcom games that fans loved is now being brought back. And it couldn’t be a better time for this franchise to go back to its roots, because the film and TV industry would like another crack at the zombie epidemic. Another film adaptation is in the works with The Strangers: Prey At Night director Johannes Roberts. But the news that got me jumping for joy was that Netflix is getting in the zombie business. The streaming giant will be attempting to give the TV treatment to the iconic video game franchise. It will be the next title in a library of award-winning shows such as "House of Cards", "Stranger Things", and "The Crown". Netflix and Constantin Films have a chance to do what the movies did not in making something more in line with what made these titles the reason kids rushed home after school, eager as heck to hit that power button and get lost in a terrifying world of zombie mayhem.

The films starring Milla Jovovich were fun, but they were very distant from the source material. In the films, there were all these badass characters armed to the teeth fighting waves of zombies, which is the farthest thing from the experiences gamers had on consoles. These are survival horror games where every bullet counts and the odds are very stacked against you. The games weren't just shooters like most undead-themed games. I mean, there was plenty of violence and gunplay, but what really set this one apart for me besides the terror were the puzzles. Some of these had me going online looking for clues, and some I just couldn’t get and had to have my friends come over and beat for me. The story was also very complex and deep. There is a lot to work with within the lore of the franchise. So going more toward the psychological area of horror with the enriched plot might be a welcomed change of pace for a Resident Evil show and help everyone shake off the stigma left by the other previous titles in the series. Pretty much what this boils down to is that the people behind it all are doing a great job bringing Resident Evil back from the dead, and all Netflix has to do is follow suit.

But people need to realize that Resident Evil is a big deal. It has grown so much more than being just some video game. The films have grossed a combined $1.2 billion, and the games have sold an estimated $3.33 billion all together. This is a serious franchise with a large, dedicated fanbase that has been loyal since the ‘90s. The cast, the directors, the writers, all need to be top players in order for this to work. This is also an opportune time for the streaming giant to get into the zombie business, especially since "The Walking Dead" has been dipping in ratings these past few seasons. Maybe fans want something new in the world of zombies but also something somewhat familiar. Resident Evil could easily be a huge victory for both fans and Netflix. Here is hoping they don’t earn a game over on this one...