ICYMI: Nancy Drew Is Back To Solve The Mystery Of 'The Hidden Staircase'! 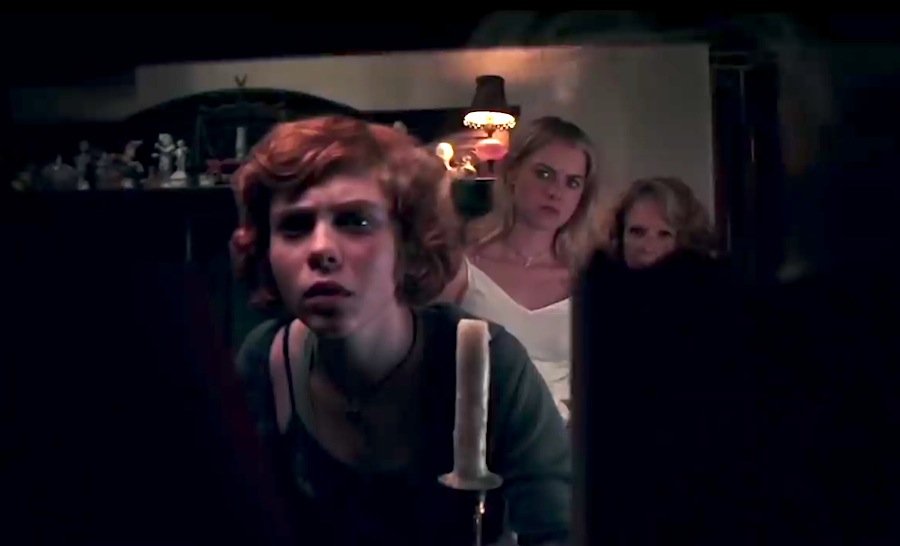 Super sleuths, it’s time to get your magnifying glasses out, because a new Nancy Drew trailer just dropped and there are plenty of clues to uncover! The trailer for Nancy Drew and the Hidden Staircase is here! After a long gap since the 2007 Emma Roberts-led Nancy Drew, we are more than ready for a new Nancy Drew to bring us back into the world of this expert investigator. Readers will recognize the title as the second Nancy Drew book in the long series. The Hidden Staircase was author Mildred Wirt Benson’s favorite of the series, and it seems to be Warner Bros.'s favorite too, since this is the second version they have produced. This new take on Nancy Drew stars It breakout actress, Sophia Lillis, as a modern version of the iconic girl-detective. Are you on board already or what? So what else can we uncover from the trailer using some detective work of our own?

For one, it looks like Nancy’s two sidekicks and friends, George and Bess, are along for this newest version of the classic caper. From the dialogue, we can deduct that Nancy is close with her father, and that her mother won’t be in the picture. The mystery begins to unfold soon after Nancy moves into town, when her friends introduce her to an eccentric old woman who complains of a haunted house. However, the evidence points to other explanations. Someone, Nancy Drew says, is giving them quite a fright. It looks like ghosts will be the least of their problems as they investigate the happenings within the Twin Elms house.

Fun Fact: Another movie with this same title was made all the way back in 1939!

You can see how the extraordinary Nancy Drew cracks the case 80 years later when the film opens in March!