ICYMI: The Dark Universe Back On Track With Blumhouse-Led 'Invisible Man' Remake! 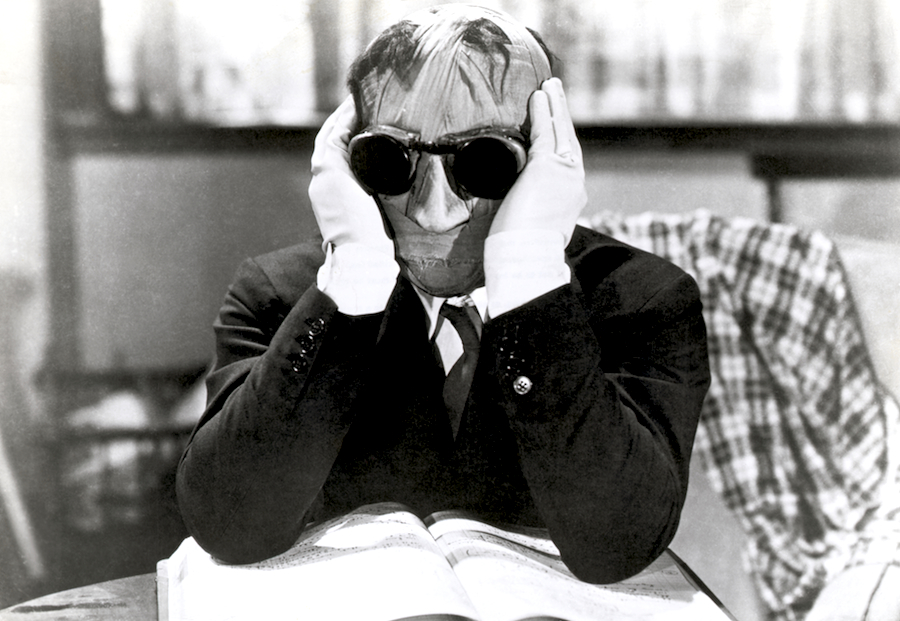 Most of us have forgotten about Universal’s attempt to get into the ever-popular shared universe game that has taken the film industry by storm. After the MCU and The Conjuring-verse proved that a series of interconnected films would be a very profitable endeavor for a studio, everyone in town was trying to do so with whatever properties they had lying around. So it makes sense that Universal, having all these legendary monster properties, would try to get in on the fun. Unfortunately, after a sluggish start with 2014’s Dracula Untold and then another attempt to start things off ended up falling flat with audiences was 2017’s The Mummy reboot starring Tom Cruise, it was clear that, if the Dark Universe was to survive, it would need some serious tweaking.

With the odds stacked against them, it makes perfect sense as to what the solution would be for Universal. They needed to find somebody that is good at handling an iconic franchise, managing a reasonable budget, and has previous experience in the cinematic universe arena. So when Universal dialed 911, it was very fitting that Jason Blum of Blumhouse would answer the call. The outfit behind many of the recent successful hour franchises including Paranormal Activity, The Purge, and The Conjuring-verse will be recalibrating the Dark Universe. Instead of focusing on interconnecting stories like the exposition-heavy Mummy reboot, their focus remains committed to creating compelling filmmaker-driven projects based on characters from the studio’s vast monsters legacy. And the first monster to get the Blumhouse treatment will be The Invisible Man.

I have been a huge fan of 1933's The Invisible Man and was really looking forward to this cinematic event when it was originally announced to be part of the Dark Universe line-up. I was less enthusiastic that Johnny Depp was going to play the titular character, but thankfully this recalibration will see someone else play the man who cannot be seen. This title definitely falls into the category of less is more in the horror genre, and the folks at Blumhouse have proven several times that that is what they are good at. The most recent example comes from 2018’s Upgrade. In that film, similar to The Invisible Man, the monster cannot be seen in the entire movie. That's because it is an artificial intelligence inside of a person's mind controlling them. This terrifyingly fascinating concept was a box office hit on a very modest budget. Upgrade was directed by Leigh Whennell, who helped start the Saw franchise with James Wan and also directed Insidious 4: The Last Key, the highest-grossing film in that franchise. And now, his first big studio project will be bringing back The Invisible Man back to theaters.

Universal stumbled hard right out of the gate in their attempts to make the Dark Universe a thing. Which was surprising, seeing as they have had such success with franchises like Fast & Furious and Jurassic World. But it definitely seems like they have found the right people to lead their monster legacy collection successfully into the modern age of cinema. They have proven they can dominate in the genre and have already resurrected one horror icon into a box office hit. Last year's Halloween reboot confirms that the Blumhouse crew can make a killing if you put them in the driver seat. So keep your ear to the ground and get ready to mark your calendars, because the Dark Universe is back in a big way which will kick things off with The Invisible Man. Keep your eyes peeled for a release date in the near future.