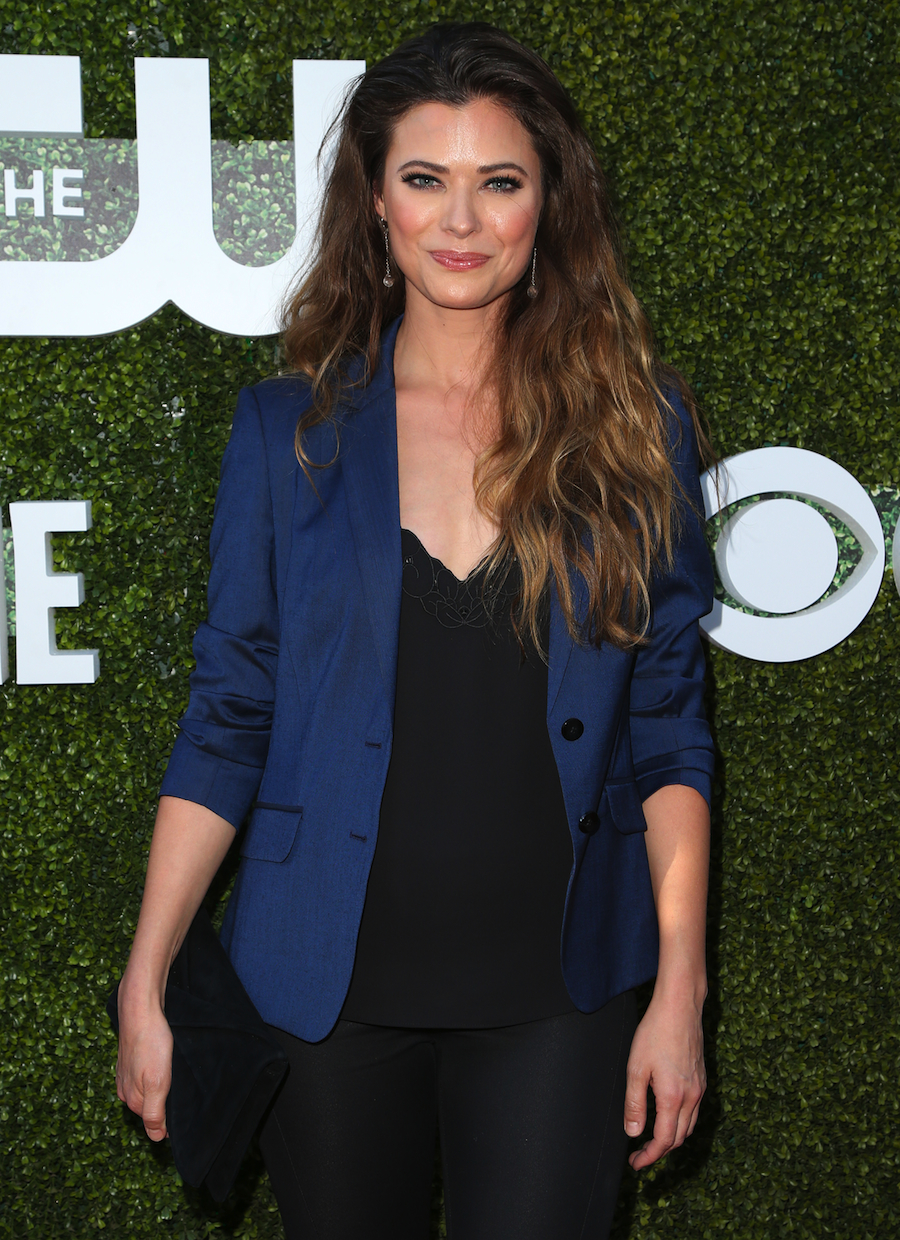 News: Halloween happened, Dodgers broke our hearts, Beyoncé is going to be in The Lion King, bunch of bad scandals that are hard to avoid, some horrendous tragedies, and then some lighthearted stuff down here you may have missed. Enjoy!

Mindy Kaling's Next Project at Hulu

With her show “The Mindy Project” due to wrap up for good after this season on Hulu, Mindy Kaling and the streaming platform seem to like working together and will be making an anthology series based on the film Four Weddings and a Funeral.

This trailer is the most I have seen of this movie, but it seems like it's full of witty banter in British accents and, as the title suggests, four weddings and a funeral. I wouldn’t say that “The Mindy Project” was my favorite show, as I’m not quite it's demographic, but my girlfriend loves it, so whenever she would watch it I would too and I’ve seen enough to say it’s enjoyable and has some great jokes. A big part of the show is Mindy’s love of rom-coms, which reflects through a lot of the show’s tropes and plot points, not just jokes. Being fairly certain that Four Weddings and a Funeral has been referenced in “The Mindy Project” and seeing how the show handles all the rom-com stuff, I’d say having Kaling head this anthology series sounds like a perfect match.

No word yet on release date or start of production but it should almost definitely be getting made. MGM TV will be the production company behind the series and has had success with film revivals by making “Fargo” for FX and “Get Shorty” for Epix, which just announced a second season renewal.

Rumors have been swirling that The Blair Witch Project, which had a pretty dismal box office performance in last year's cinematic reboot, might be getting the TV series treatment. Original co-writer and co-director Eduardo Sanchez went on the podcast Diminishing Returns where he was asked about the TV series rumors and pressed on details about it being an anthology series (a trend is taking place).

He refused to really get into any details or if it was even a thing in the works but Sanchez did say, “I think that the idea of a Blair Witch anthology has always been very… just a really interesting thing.” He later went on to state, “The more you think about it, you’re like ‘That might be the perfect TV show.’ So we’ll see what happens, but I think that’s the next big thing for Blair Witch. Probably TV.”

Where there’s smoke there’s fire, but I guess all we can do is wait and see if this flame catches.

Doesn’t happen as often as you might think, but once in a while popular people and projects will look to fans for cash when Hollywood says no, like Zach Braff’s film Wish I Was Here and The Veronica Mars Movie based on the beloved but short-lived series of the same name. It’s been a while since it happened, but a low-budget movie made back in 2003 called The Hebrew Hammer starring Adam Goldberg (different dude from the sitcom “The Goldbergs” creator of the same name) and Judy Greer garnered quite a cult following and even seemed poised to make a sequel, but then… nothing.

Flashforward to today, fourteen years later, where Goldberg is now taking to the web to try and bring the film back for a much-awaited sequel. His reasons for bringing it back seem to be racial, societal, and political with his tagline “Make America Kosher Again”:

For those of you who have never seen The Hebrew Hammer, check it out! It’s a good parody of blaxploitation films of the '70s, like Shaft and Foxy Brown but instead focuses on Jewish stereotypes. It even has a cameo from writer, director, and actor Melvin Van Peebles who is said to have created the whole genre with his film Sweet Sweetback’s [email protected]@[email protected] Song (replace the @’s with a’s and you get the picture).

Already a fan of The Hebrew Hammer and want to help out? Here’s a link where you can invest your money. And when I say "invest", I mean that literally, because this is actually an equity crowdfunder, meaning that your donation gives you part ownership of the film, so if it makes money, you do too!

Paul Feig is probably best known as a successful filmmaker with massive hits such as Bridesmaids, The Heat, and Spy but hasn’t quite found his mark in television despite starting his writing, directing, and producing career with the short-lived but cult fave “Freaks and Geeks”. In 2015, he made his television comeback with the now-defunct Yahoo Screen with his space sitcom “Other Space”, which I actually liked but didn’t quite seem to catch on with audiences. Now Feig is heading to Freeform like other contemporary comedy producers The Lonely Island. This time Feig will keep with what has been his niche in film by producing and directing a female-driven comedy about tech entrepreneurs.

The series is still in development so we don’t know much, but we know the title will be “Girl Code”, which is a pun on coding but also could get confusing since there’s MTV’s “Girl Code”, a talking head joke-a-second show in the vain of VH1’s “Best Week Ever” series. While “Girl Code” will follow a scripted narrativ,e it shouldn’t be too hard to differentiate the two and so often these show names change anyway. The series will not, however, be created by Feig; it is instead created by former “New Girl” writer Kim Rosenstock, who got her start as a writer on that show.

No release date has been announced for “Girl Code” at this time.

Gotham Gets Its 3rd Poison Ivy

“Gotham” is not a show I’m super familiar with, but I do know its characters from comic books and movies pretty well. One such character I have some good knowledge of is the seductive Poison Ivy, who can control monstrous plants to do her bidding, use mind control powers through scents, and plant poisonous kisses on people to get what she wants. A power I didn’t know she also has is changing her age, as “Gotham” appears to be speeding up her aging process somewhat rapidly? After having the character transform from her first actress Clare Foley (currently 16) into Maggie Geha (currently 29) and now apparently “Mad Men” alumni Peyton List (currently 31; not to be confused with the 19-year-old Disney star of the same name), the show has established that this is an ability they’re rolling with.
What this means for the show according to a producers’ statement is that “In the continuing evolution of Poison Ivy’s origin story, Ivy Pepper has been transformed once again, taking another step toward becoming the Ivy we know from the comics. Dangerous. A live wire of crazy energy. She’ll set her sights on Gotham, intent on making the city her own green paradise.” Now that sounds like the character I know.
It is unclear if List will become a regular or recurring cast member.

"The Orville" Blasts Off Into Season 2

After airing seven episodes of their thirteen-episode debut season, Fox's “The Orville” has been given the go-ahead to take off again next year for a second season. The interesting thing about “The Orville” is that it was given a thirteen-episode cap this season due to budgetary reasons. The show’s use of sets pieces and special effects have really run up the budget, so as of now there has been no episode count given for the second season. While we know a new season will be on the way, we simply do not know if “The Orville” will be flying to deeper parts of the universe with more money, or taking another short journey around the stars.

One thing I hope we can always count on every week is enjoying the present and having lovely trailers to get us excited for the future! Here are some trailers:

Star Wars: The Last Jedi – Luke in the Falcon giving ya all the feels:

The Disaster Artist – This one not only shows us a different side to this movie than what we’ve been seeing, but also shows us James Franco and the film as a whole could be serious Oscar contenders this year. Long live the enigma of cinema, the James Dean of this century, Tommy Wiseau!: