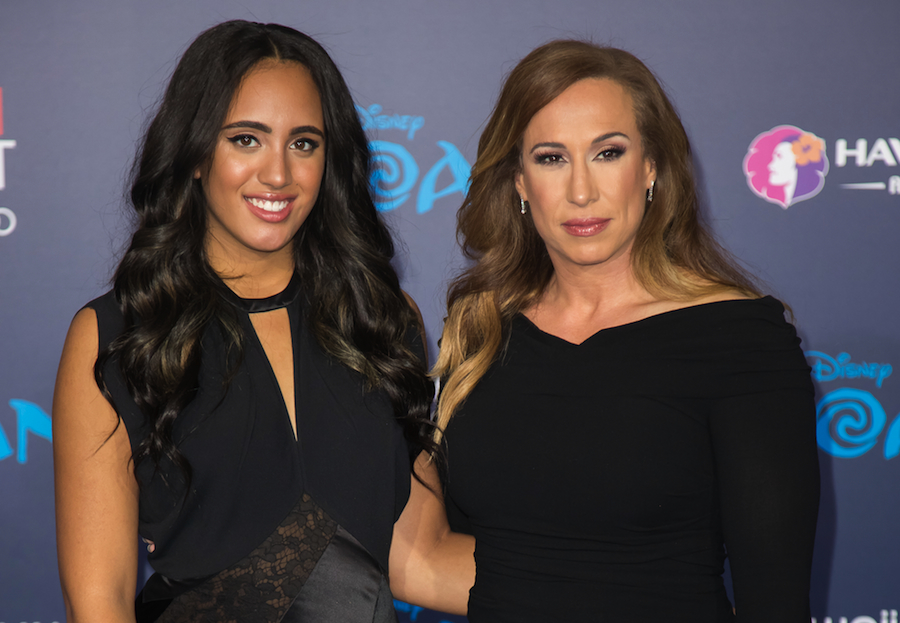 Alright, kids! Much better week than the last, I’m happy to say. Like for instance, the homeless woman who lives at the corner of my street didn’t throw as much trash as usual at me! On top of that, here’s some other great news I hope you’ll enjoy!

Michael B. Jordan Going Behind the Camera

Michael B. Jordan the actor (the ex-basketball player’s middle name is Jeffery) is still acting but has also started producing. That part's old, though. Now, in what seems like a relatively short time and with only two producing credits under his belt at the moment, Jordan has signed a deal with Endeavor Content to direct an adaptation of the David Barclay Moore novel The Stars Beneath Our Feet.

Never heard of the book? Me neither until now, but it does sounds intriguing. The plot revolves around a young African-American boy who, after the death of his brother, uses imagination and the “magic” of LEGOs to walk a safe path through the projects of Harlem. I’m very interested to see what "the magic of LEGOs" entails, but from a summary like that, along with the book cover, I have a feeling this could actually be a pretty cool, highly visual movie. It also seems to come from the first-hand experience of Moore, as he was a former communications coordinator for the Harlem Children’s Zone before he wrote The Stars Beneath Our Feet as his debut novel.

When asked about the sudden turn to directing, despite not having any prior experience, Jordan said, “Directing has been an area I’ve wanted to explore for some time now. The Stars Beneath Our Feet tells a story that really spoke to me, and I’m looking forward to jumping behind the camera. I’ve had the opportunity to work with some very smart and talented directors and it inspired me to take on this new challenge.”

There has been no release date, beginning of production date, or cast announced at this time.

In a world where cinematic universes feel like everything a movie studio can hope for, Universal has struggled to find its footing. After announcing they were going to take all the classic monsters they have the rights to -- like Wolfman, Frankenstein, and the Mummy -- Universal has slammed the brakes on this one. We all know what a blunder The Mummy starring Tom Cruise became this year, and as that was supposed to set the stage for Universal’s Dark Universe, Universal thought what a lot of people did and took a wrecking ball to the stage.

I for one was at least looking forward to seeing what they could’ve possible done with The Creature from the Black Lagoon, a film and monster that, out of all the previous ones to get remade, never got remade. I don’t know what it is about that creature but he just looks so cool and would be awesome to see again with modern-day practical effects (no CGI, please). Well…  guess we'll have to settle for Guillermo Del Toro's The Shape of Water. It's pretty much the same thing, right?

Mario Returning To The Big Screen

Possibly the news that’s gotten people most hyped this week is that Mario, as in Super Mario Bros., will be getting a big screen mulligan. After the horrendous first film from 1993 that was an exercise in hiring the absolutely wrong people to direct a film, Nintendo has been very apprehensive in pursuing their video games to big screen adaptations outside of Pokémon. Maybe it’s the new Switch, maybe it’s Mario Odyssey, or maybe it’s just that Mario is a total icon, but Nintendo has agreed to try and make another film based on the character and his ridiculously trippy world.

Nintendo has tapped in the company who made Despicable Me and Minioins, Illumination Entertainment, so it’s safe to say that this Mario movie will be animated. (Probably a safe bet after the first live-action one.) Outside of that, there are no other details. Over the years, there have been rumors of a new Mario movie or even Legend of Zelda, which has been in particular subject to April Fool’s pranks online. While Mario is listed as being in “early development”, it’s still the most solid move Nintendo has made in years. I’m still holding out for a Legend of Zelda movie but would that really be a good thing? I don’t know, but I feel good knowing Mario is on the way.

If I could have anybody play characters from Mario, though, it would be the cast of “It’s Always Sunny”, with Danny Devito as Mario, Kaitlin Olson as Princess Peach, and Charlie Day as Toad. Too bad neither Glenn Howerton or Rob McElhenney feel right for Luigi. An alternate so-bad-it’s-good casting would be Kanye West as Mario, Kim Kardashian as Princess Peach, Jay-Z as Toad and Drake as Luigi.

(In case you never saw Super Mario Bros... don’t. Just check out the trailer below)

Tarantino Not Taking On (Only) Mason

Earlier this year, it was reported that Quentin Tarantino was putting together a script on the The Manson Family Murders instigated by cult leader Charles Manson. While Tarantino let this news go around for a while, he only recently came out and said that’s not exactly what his next film will be about.

Tarantino told IndieWire earlier this week that his next film is, “Not Charles Manson, it’s 1969.” What this means is really anybody’s guess. He makes it sounds like it’s about the whole friggin’ year, which if it is, then that’s a pretty ambitious project. You have Woodstock giving the death rattle of the hippie culture, school walkouts and protests of the Vietnam War, the War itself, the Moon landing, Richard Nixon becoming president, The Beatles' final performance, a mysterious disease killing a teen in St. Louis but won’t be identified until 1984 as AIDS, “Scooby-doo, Where Are You” premieres… just crazy stuff.

What this film will end up being is anybody’s guess, and after splitting from Harvey Weinstein for obvious reasons, Tarantino is a director without a production company behind him. He is now seen as the most highly sought-after free agent in Hollywood. What this means for when this film will be made remains to be seen, but oddly enough, Tom Cruise has expressed interest in nabbing a role in the film. Gotta get them checks going again. Who are we kidding? Cruise has been in 50 movies this year…

Every year, the Golden Globes selects a next generation actor or actress who has famous parents to hand out awards at the Golden Globes. Traditionally this honor has been given to a famous person or couple’s offspring but has been mainly known as Miss Golden Globes. For the 57th year, however, the Hollywood Foreign Press Association has decided to shake things up and change the title to Golden Globes Ambassador as they announce the first up-and-comer with this new title, Simone Garcia Johnson. Johnson. As in Dwayne “The Rock” Johnson’s daughter! (That's her pic at the top of the page, fyi, with her mom Dany Garcia.)

While the young Johnson’s IMDb page only has acting and directing credits for what appears to be a web series entitled “Where I’m From”, the 16-year-old already has directing credits, and her dad’s The Rock so she’s doing fine in the up-and-coming arena.

When asked about receiving the honor of Golden Globe Ambassador, Johnson said, ”I’ve been lucky enough to grow up in a household with strong role models and feel so honored to represent the HFPA for it’s 75th Anniversary.” She continued to state, “As the newly minted Golden Globe Ambassador, I hope to serve as a role model to young people everywhere and empower them to speak out on issues they are passionate about.”

Catch the Golden Globes next year on January 7!

Yup, this week there were some new trailers so check ‘em out!

Deadpool 2 – I question everything about you if you haven’t seen this one already. Even my grandma texted saying it looked like, “one of those weird artsy movies you like and has painting!”

"The Assassination of Gianni Versace: American Crime Story" – After the stories I heard, I never thought this was gonna get made:

The Greatest Showman – If you're a fan of Moulin Rouge and Magic Mike, then the teaser intro of this trailer is for you… but maybe not the actual trailer or movie:

Game Night – Technically was out last week but really deserves a look if you missed it like me:

Hotel Transylvania 3: Summer Vacation – I won’t lie, and I’m only slightly ashamed of this, but I’ve seen Hotel Transylvania 2 an absurd amount of times, so this is a big deal. It’s an even bigger deal now that the Dark Universe is gone. Maybe Universal should take some notes from these guys:

Rampage – A favorite game of mine as a kid where you’re a giant ape, wolf, or lizard that reeks havoc across a number of cities and even in outer space. I’m skeptical of this, though, considering whenever you lost in the game you would revert to your human form because you were a part of some experiment. This seems to ditch that subplot for some reason. Still hoping it’s fun!

"The Chi" – From that “Master of None” writer everyone wouldn’t deservedly shut up about during the Emmys, Lena Waithe. This time she’s straying from comedy to drama with “The Chi” on Showtime. Main thing I can say is this trailer has me wanting to listen to Chance the Rapper’s “Coloring Book” again:
The Strangers: Prey at Night – Since sequels coming out a decade or more later seem to be the latest trend, why not another Strangers already?