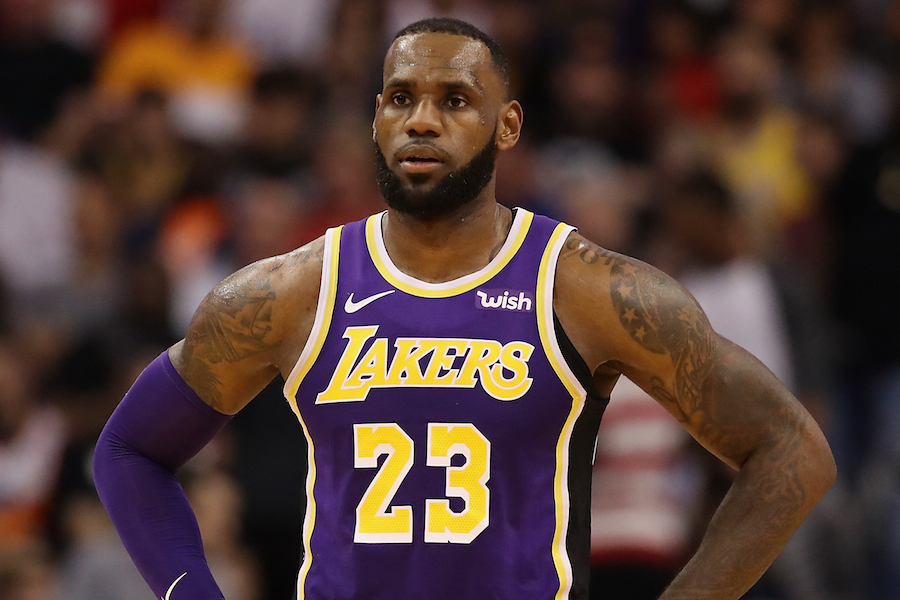 In another edition of “Wait… What?” news, it seems that the powers-that-be who own the rights to the Friday the 13th franchise saw that the new Halloween made a bunch of money. With what appears to be their biggest takeaway since it got the most press, the owners must’ve thought, “Hey, comedian Danny McBride co-wrote the script. That doesn’t make sense for a horror movie? Go to the lobby and break out a bunch of magazines. We’ll throw darts and see who equally doesn’t make sense to get into the mix with a horror reboot.” Thus, basketball superstar and newest Los Angeles Laker LeBron James was recruited to help produce the upcoming reboot for Friday the 13th.

Now, don’t take what I wrote above as harsh. While that may seem exactly what it is, apparently LeBron is actually a huge horror buff. He revealed his fandom when tweeting out about how excited he was for John Krasinski’s silencing, claustrophobic, horror hit from earlier this year, A Quiet Place.

Can’t wait to go see it! Wife and I be waiting so patiently. #HorrorHouseWeHavehttps://t.co/0R9Lg9om9B

While Krasinski is a newer horror fan, comedians Jordan Peele and the previously mentioned McBride both showed with their Blumhouse films Get Out and Halloween, respectively, how sheer love of a genre can work wonders on the screen, so letting the already unlikely producing powerhouse that is LeBron take a crack at it doesn’t sound too far-fetched these days once it sinks in. Who knows? If it all works out, maybe he’ll wind up directing an inevitable sequel.

There is no cast, directors, or writers known to be attached to the project at this time. LeBron’s company SpringHill Entertainment has been busy working to produce the Space Jam sequel starring LeBron. Horror movies tend to get churned out faster than a project like Space Jam due to the lower costs, so expect to hear more news on Friday the 13th sooner than later.