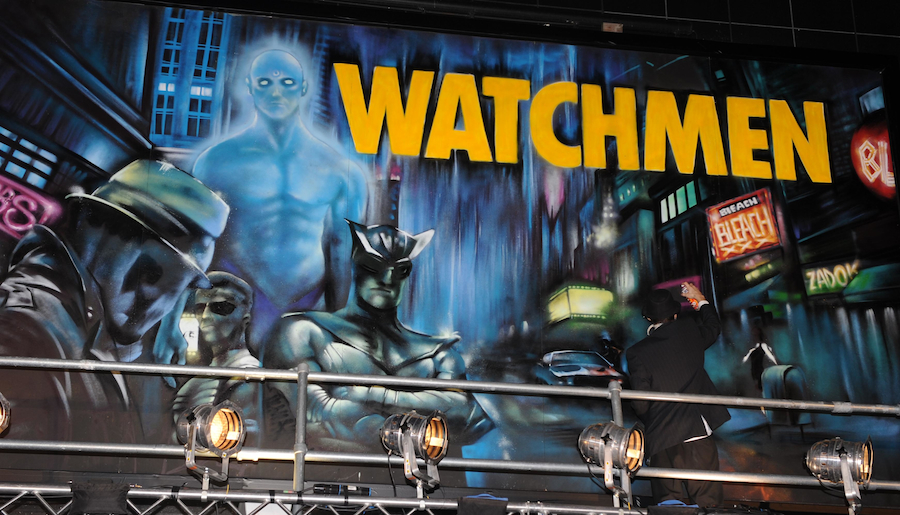 “Lost” co-creator Damon Lindelof has had a “Watchemen” series, based on the highly influential limited comic series of the same name by Alan Moore, in the works for sometime with HBO. It appears that finally a pilot is underway and with a cast list to boot!

While which characters the actors will be actually playing is being kept under wraps at the moment, we do know that the likes of Regina King, Don Johnson, Tim Blake Nelson, Louis Gossett Jr.,Adelaide Clemens, and Andrew Howard will make up the main cast. King is said to be playing the lead character and has previously worked with Lindelof on his first HBO show “The Leftovers”. If you want, you’re welcome to guess which actor will play which character; however, Lindelof has thrown a curveball into this one by saying that his “Watchmen” series will not be a retelling of the comic series. He instead is looking to dive deeper into the history of the costumed heroes in this world.

If you’ve never read the book or saw the original 2009 Zach Snyder movie, than it should be noted that, before the comic’s events, there were masked vigilantes à la Batman more than Superman, who were regular people running around and beating criminals to a pulp. Love or hate Snyder's film, the opening credits sequence show you all you need to know. If you can spot it, you can even see how, in this universe, Batman is never born, since Bruce Wayne and his parents are saved the night of their attack by one of these masked vigilantes.

There is no release date for “Watchmen” since the series is only just getting the pilot made right now, which means it might not even air. Given how much time and energy HBO has put into this one, though, it is high unlikely that they won’t pick it up.