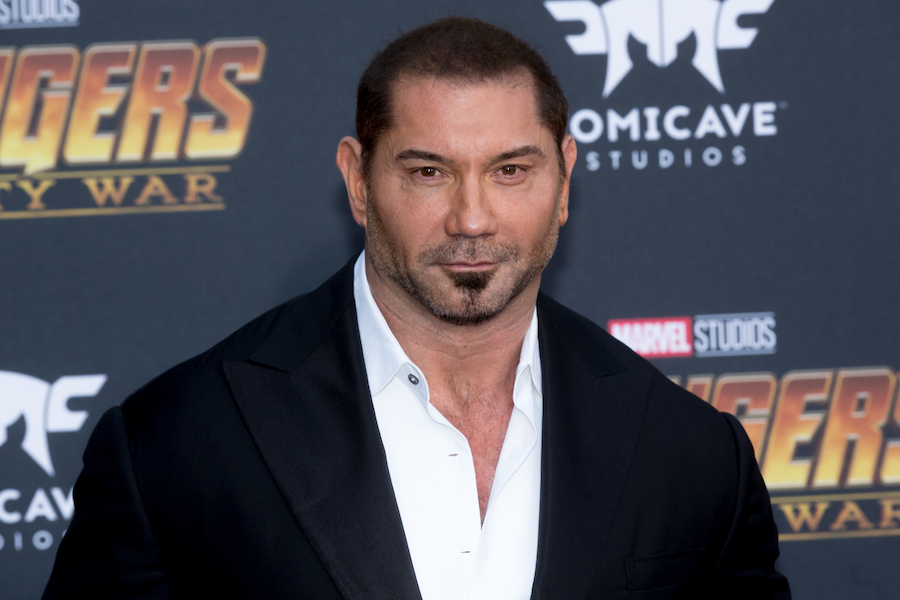 No, we don’t mean Dave Bautista will be Han Solo. Instead, Bautista is ready to take the leap from co-starring in movies to actually getting his own main starring role in an action-comedy film called Dogtown. While Baustista has gotten fame from the WWE, he’s probably best known to audiences all over for his portrayal of the hilariously inept-at-understanding-metaphors Drax the Destroyer of Guardians of the Galaxy. Dogtownwill be similar territory, as it is based on a comic book from Dark Horse Comics entitled Body Bags.

Body Bags was created by comic book artist Jason Pearson, who is probably best known for his work onDeadpool and X-Men comics. LikeDeadpool, Body Bags is chock full of irreverent humor and is highly stylized. For Dogtown, Bautista will play the main character Mack Delgado, a bounty hunter whose work is so good he’s earned the title of “body bagger”. His dark life gets flipped turned upside down when a teen daughter he never knew he had shows up at his doorstep hoping to create a relationship, which of course makes things complicated.

Dogtown is looking to start production this fall with a script from John Wick 2 writer Kyle Ward. Who will play Bautista’s daughter is unknown at this time, but it does seem that, while it’s a comic book film, it’s something much bigger for Bautista. Being that he comes from the WWE, it’s hard to not draw comparisons to The Rock, but with a film choice like this and his turn towards more dramatic roles (though still action-orientated), like Blade Runner 2049 and the upcoming Hotel Artemis, then Bautista might just prove to have more range in acting than even The Rock himself.