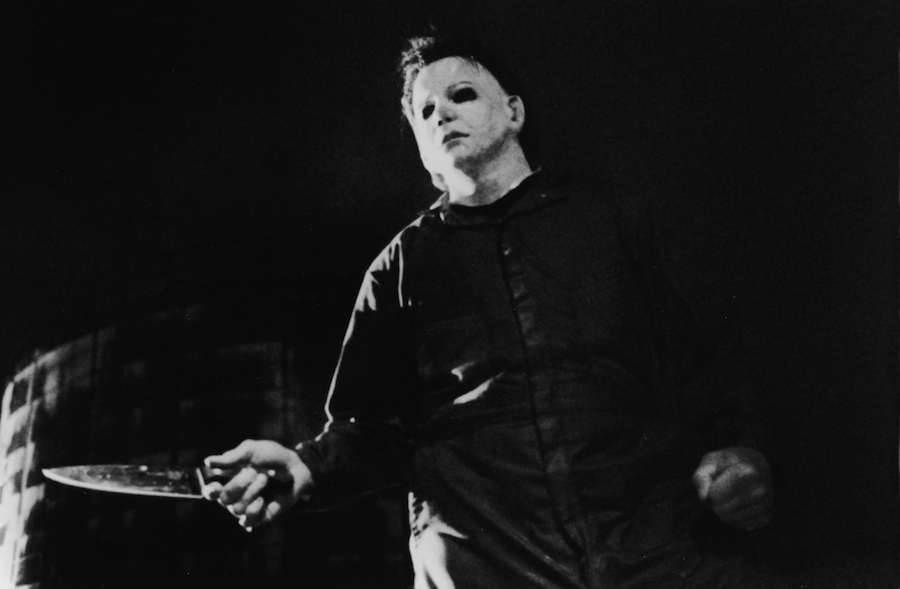 I got a lot riding on Danny McBride and David Gordon Green with their upcoming John Carpenter-backed Halloween sequel.

As it stands now, it sounds like this Halloween will be a direct sequel to the 1978 original, thus throwing all of the many other sequels out the window, and will star Jamie Lee Curtis again in her iconic “final girl” role (shouldn’t it be “final woman” for any character outside of high school?) as Laurie Strode.

While we still don’t know much about the film itself, we now know that Halloween will be released on October 19 of this year and a poster of the slasher Michael Myer’s mask has been released. Taking into account that he got stabbed in the eye at the end of the first one, the poster seems to keep that eye specifically out of sight in the shadows. Could it be that in this film, which McBride has stated as taking place somewhere in an alternate reality away from all the others after the events of the first, Myers has actually sustained an injury to his eye? Let’s see if McBride and Green can carve us up something nice this coming Halloween...