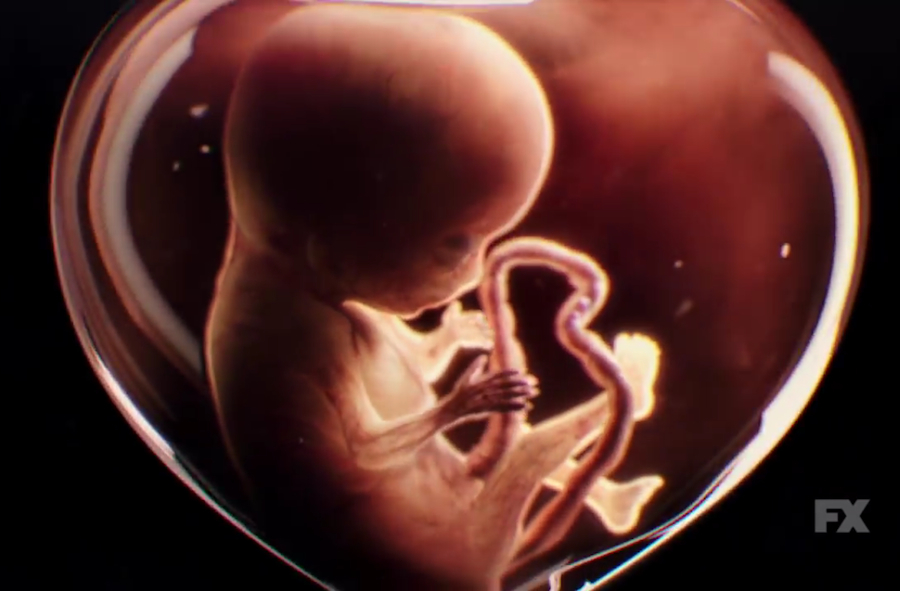 As per usual with FX’s “American Horror Story”, this season entitled “Apocalypse” doesn’t have concrete details on plot aside from it featuring characters from Season 1, “Murder House”, and Season 3 “Coven”. Though fans can probably guess that this season will feature a little loose thread left at the end of “Murder House”, as well as the fact that Jessica Lange is set to return. Before diving into spoilers from “Murder House” and “Coven”, let’s take a look at the announcement trailer, which finally gives fans the release date of September 12.

So yeah, like I was saying before, everyone who’s seen “Murder House” knows that the anti-Christ was successfully born and is being raised by Lange’s character from that season, Constance. Now, theories aside, we know that the anti-Christ had a twin brother who was born and then died, so he’s a baby ghost forever being cared for (if you can call it that in terms of a baby ghost) by his parents, Vivien and Ben Harmon, played by Connie Britton andDylan McDermott, as well as by his big sister Violet, played by  Taissa Farmiga. The anti-Christ's father (due to rape) is Constance’s son, Tate Langdon, played by Evan Peters, and is still wandering the “Murder House” at the end of the season. What does all of this have to do with anything? We’re not sure yet. (Although those white and black scorpions fighting do make me wonder.) It’s all about tuning in and seeing what happens with this show, especially when you consider the cryptic trailers for “Murder House” were the only things anybody had to go off of with what the show would be about, so it was a total mystery when it premiered.

Now that “Apocalypse” seems to be bookending this “American Horror Story”, I personally think this might be the end of the show. With that being said, I acknowledge I’m wrong since FX has renewed the show for two more seasons, so either this ends the story from moving forward and the rest of the show will take place in the past, like many seasons have so far, or the creators Ryan Murphy andBrad Falchuk have bigger plans. Either way, long time actors on the show Sarah Paulson and Evan Peters are both slated to direct an episode each this year!