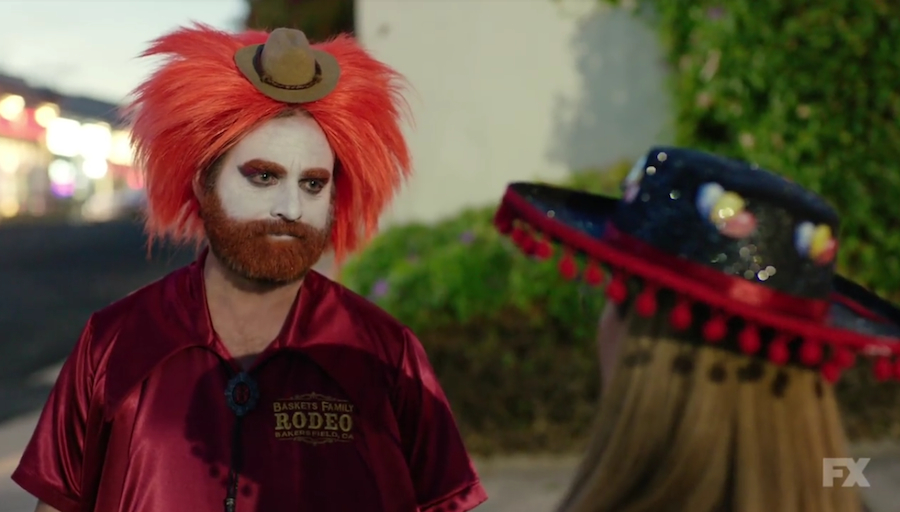 While I can’t find anybody else aside from me who watches the incredible clown comedy starring Zach Galifianakis and Louie Anderson, it appears there are indeed other members of the “Baskets” audience, as evident by the show getting picked up for a fourth season by FX. If you aren’t watching, then you should be and you can even partially catch up with the complete first two seasons streaming on Hulu. While you might come for this show thinking it’ll be funny seeing Galifianakis take himself serious as a clown and playing his Chip Basktets character’s identical twin brother Dale, you will inevitably stay for Louie Anderson as the Baskets boys’ mother Christine Baskets… yes, he’s plays a full-on woman. They didn’t go “Transparent” with this one… he’s a Costco-obsessed woman and he is flawless in this role.

To make things even wackier, the show, which takes place in Bakersfield, CA, and makes frequent references to fast food chain Arby’s come up regularly, is sending the cast to hold an event where they will serve Hollywood Arby’s patrons meals on May 29 from 11AM-3PM, and we’re talking main cast and co-creator/director Jonathan Krisel there serving you food. The event is a big stunt to rouse up excitement for the show’s next Emmy run, which shows typically do this year and call them “For Your Consideration”; however, this is by far the best one I’ve seen.

No premiere date for Season 4 has been announced at this time but expect it to begin airing January 2019.