How "Zoey's Extraordinary Playlist" Has Perfected The Love Triangle Trope! 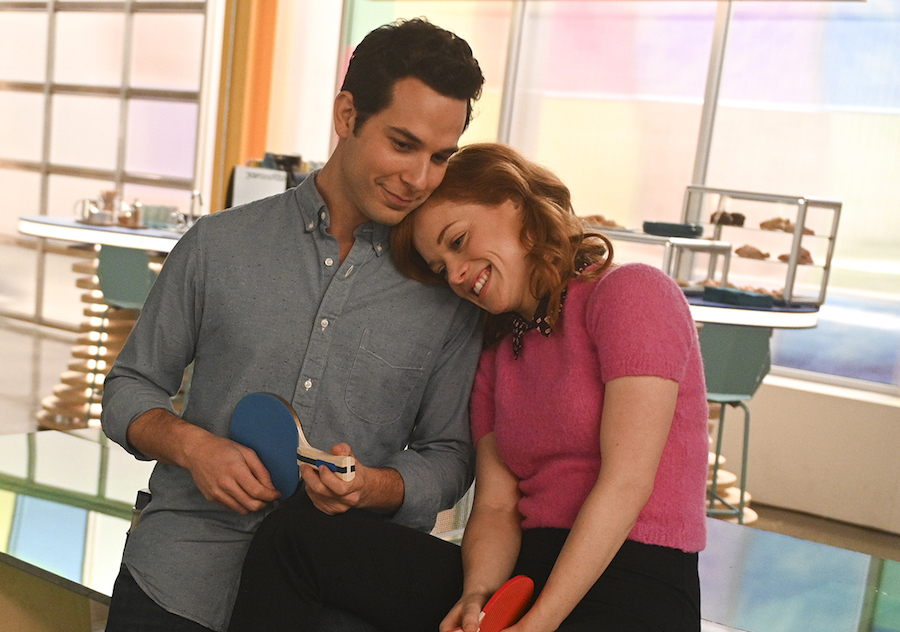 In its freshman season, "Zoey’s Extraordinary Playlist" has gotten a lot right.

In fact, in its freshman season, "Zoey’s Extraordinary Playlist" has gotten almost everything right. It’s created real characters – people who are funny and relatable but still flawed and just trying to get through the day It’s staged high-caliber musical numbers that are true to form yet still original. Most importantly, the show has had a very real dialogue about grief and how it looks different on everyone.

In the grand scheme of things, a good love triangle isn’t necessarily the most important aspect of this show. That said, we still need to talk about it, because it’s yet another item on the list of things done well by the team on "Zoey’s".

The love triangle is a long-used TV trope that is too often used as a crutch and eventually butchered. It’s real hard to be compelled by one anymore. But here, it’s working. In the case of Zoey, she’s caught in a triangle with her BFF Max (Skylar Astin) and her coworker Simon (John Clarence Stewart).

Of course, she doesn’t know she’s in a triangle at first. It’s not until she gets her powers that she realizes Max has feelings for her.

It’s hard not to start immediately rooting for Max. He’s sweet and caring and respectful, and funny. He’s been in Zoey’s life for a while now, and they have a unique chemistry. He’s clearly willing to do anything for her.

But then there’s Simon. He and Zoey connect in an entirely different way. Their connection is built almost exclusively on shared grief over their fathers and helping each other figure out a new normal. They understand what the other is going through, developing an adorable, albeit slightly dark, banter.

Both men have something to offer Zoey and complement her in his own way. Like Zoey’s best friend Mo, it’s easy to find yourself switching between Team Max and Team Simon, depending on the episode.

That said, both men have their flaws too.

The biggest strike against Simon? He’s engaged when he first meets Zoey. To his credit, he doesn’t immediately act on his feelings. Even as they develop into something real, he’s torn up about having any kind of doubt about his fiancée. Still, there’s no denying he has an emotional affair with Zoey. And he does inevitably kiss her while he’s still engaged.

Even though Simon did eventually make a decision to leave Jessica, it’s… not a good look. Cheating is hard to forgive. But here’s the thing with Max. He has a bit of a “nice guy” complex. He seems to think that, after everything he and Zoey have been through – and especially after she sings her own “heart song” to him – there’s no reason for them not to be together. He gets angry when Zoey expresses feelings for both him and Simon, and more so when she doesn’t seem to know which she wants to act on.

Feelings are hard to sort through sometimes, okay Max?!

For me, the real nail in the coffin of Team Max came when he decided to leave Zoey’s team to head up to the 6th floor.

To this writer’s ears, Zoey had the best reaction to the news possible. She expressed her sadness at the idea of Max leaving but had no interest in hindering such an important move in his career. She let him go.

Apparently, that was the worst thing she could’ve done. Max even makes a point to whine about how “no one fought for me” when he announced his decision to leave.

Max. My guy. Zoey is dealing with a whole lot right now. Her dad is DYING, remember? For Zoey to be as understanding as she was about such a big change to her work life was huge for her.

At this point, I’m somehow rooting for  both Max and Simon and yet I’m also rooting for neither of them. In all reality, I’m rooting for Zoey. And that’s the mark of a truly well-done triangle.

As we approach the season finale, this triangle seems to have taken a backseat for now. And, given everything that’s about to happen with Zoey’s dad, that’s probably the right call. Zoey deserves the time to process her loss before she has to confront her romantic life… again.

The season finale of "Zoey’s Extraordinary Playlist" airs this TONIGHT, May 3, at 9pm on NBC.