How To Survive a Dystopian Society (According to Books & Movies Like 'The 5th Wave')! 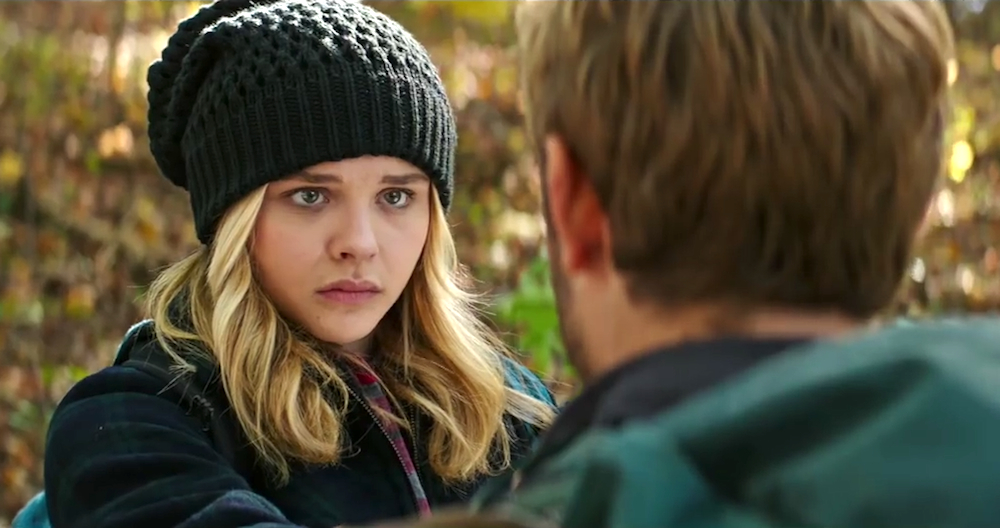 Are you ready? Because the next wave has begun.

Imagine the world that you’ve known your whole life changing in the blink of an eye. Because for Cassie Sullivan, that’s what happened.

Cassie is the main character in the film The 5th Wave, played by Chloë Grace Moretz in this book-to-film adaptation. As you saw in the trailer, Cassie is a 16-year-old who has had to quickly adapt to a world dominated by aliens after waves of attacks. In her journey to save her brother, her endurance, intelligence, and cunning will be tested.

The surge of young adult, dystopian novels into films has been high over the past few years, and it’s made me wonder: Could I survive in a dystopian society?

Truthfully, I’d be the friend saying, “You guys, I don’t think we should be doing this.” But I think I’ve read and watched enough of these dystopian plot lines to make it to the end.

So I’ve come up with a few tips in case you ever find yourself in a similar situation as Cassie Sullivan. Fingers crossed it doesn’t happen, though!

In every dystopian society, a new world order is in effect, usually thriving on those who are being oppressed and pushed around. If you want to survive, you must learn to follow the rules and blend in with everyone, or else you’re the first one that the overlords will choose to kill/execute/exile.

2. Know all laws and social norms and practice them.

The key to conformity is knowing the rules and laws inside and out, and putting them into effect. Assume that someone is always watching. Knowing the rules will also show you the holes in leadership and the system, giving you everything you need to succeed in the society and/or start planning your escape/revolution.

3. Learn and practice how to fight, shoot, and any other form of self-defense that you can.

One thing that remains the same from the real world is that being able to defend yourself and fight will always be a good thing. You never know when you’ll have to fend off guards or defend yourself from dangerous creatures (depending on which dystopia you’re in). Katniss has her bow, and it wouldn’t hurt for you to find yours!

In all cases, having thoughts of rebellion will throw up red flags. Be careful who you decide to share information with and be observant. Sometimes, even your own family can’t be trusted, like Jonas from The Giver found out about his mom. Friends, too, can be either helpful or detrimental to your cause. Perfect example, The Scorch Trials. I won’t give anything away, but Thomas had no idea that was coming.

Family, friends, mentors, or pets -- everyone is susceptible to death or exile. Chances are you will lose someone important to you, so don’t get attached. Instead of being pulled down, use it to drive you. Like Cassie in The 5th Wave, she gains strength from her brother, not weakness.

6. Planning, strategizing, and timing is important.

If you happen to be a Tris, a Katniss, a Thomas, or a Jonas, and you plan to challenge the leaders, you have to know the rules, maps, and loopholes to give yourself the best chance of rebellion survival. The longer you can spend in conformity, the better. Plan, train, wait for your opening.

Each dystopia is different, but these six tips should be able to help in most of them. Do you have any tips for us, if we get stuck in a dystopian society?

The 5th Wave is in theaters TODAY! Be sure to check out our chats with stars Chloe Moretz, Alex Roe, Maika Monroe, and Nick Robinson!