How the L.A. Lakers Got Their Groove Back Thanks to Luke Walton! 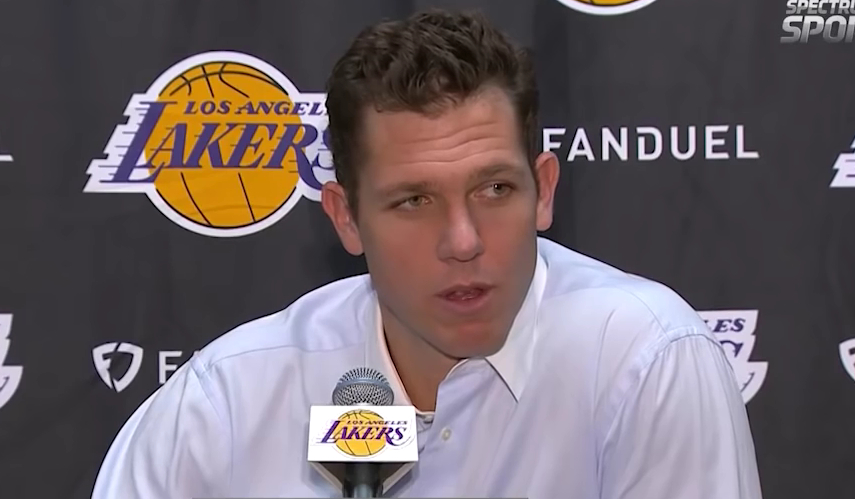 Don’t count the Los Angeles Lakers out just yet!

Over the last few years, the L.A. Lakers have been on somewhat of a downhill turn with unstable team rosters and coaching staff; add in Kobe Bryant retiring last season and everyone has already counted out the purple and gold for the next few years, hoping the Clippers could take it home for Los Angeles.

But just as it seemed like the stats and even the fans had abandoned them, here they come with an unlikely secret weapon in the form of a smart, strong head coach, Mr. Luke Walton.

The Lakers are currently at 50% win/loss record and 9th in the Western Conference. That may not sound worthy of mentioning, but considering where they were predicted to be before the season started, it is definitely a proud moment for Walton and his young team.

But where did Luke Walton come from and where was he when the Lakers went through their coaching shuffle?

Let’s start from the beginning...

Walton played basketball in college with the University of Arizona where he was second-team All-American and a first-team All-Conference in the Pac-10. He was later drafted into the NBA in 2003 by the Lakers. He went on to win two championships with the Lakers in 2009 and 2010, making his father proud regardless of the Celtic-Laker feud.

Luke was traded to the Cavaliers in 2012, but the real news was in 2011 when he was hired as the assistant coach at the University of Memphis during the NBA lockout. After he retired in 2013, Luke became the assistant coach for the Golden State Warriors where he truly found his niche for coaching. The Warriors won the championship in 2015, giving Luke his third championship and his first as a coach.

The next season, Luke served as interim coach for the Warriors during Steve Kerr’s injury and surgery. To say that Luke startied out the Warriors season strong is an understatement -- He led the Warriors to a 19-0 record going into the 2015-2016 season! He was voted Coach of the Month in October and November of that year, despite only being interim coach, but rightfully so.

In 2016, the Lakers took back their veteran player as the new head coach. The former teammate set out to restore the Lakers to the dedicated, talented, and hard-working team they once were. Luke won his first game of the season and has been making adjustments, learning, and improving with his young team.

At the young age of 36, Luke has only been out of retirement for 3 years, but he has certainly found his next calling. Being able to relate to his players seems to have given him the edge on how to get his them back in the game. But it won’t be an easy road.

Nick Young, Julius Randle, and D’Angelo Russell, all core players of the Laker team, have suffered injuries this season and we’re not even half-way in! Luckily, Luke has also shown great improvements in his players on the bench, bringing up their total points as a bench, showing that he is able to improve all of his players and creating a strong team dynamic.

Luke Walton may be exactly what the Lakers needed, and as a fan, I am thrilled to see the purple and gold still shining bright. Good luck, Coach! We’re all rooting for you!