How "Fuller House" Can Change Television For The Better! 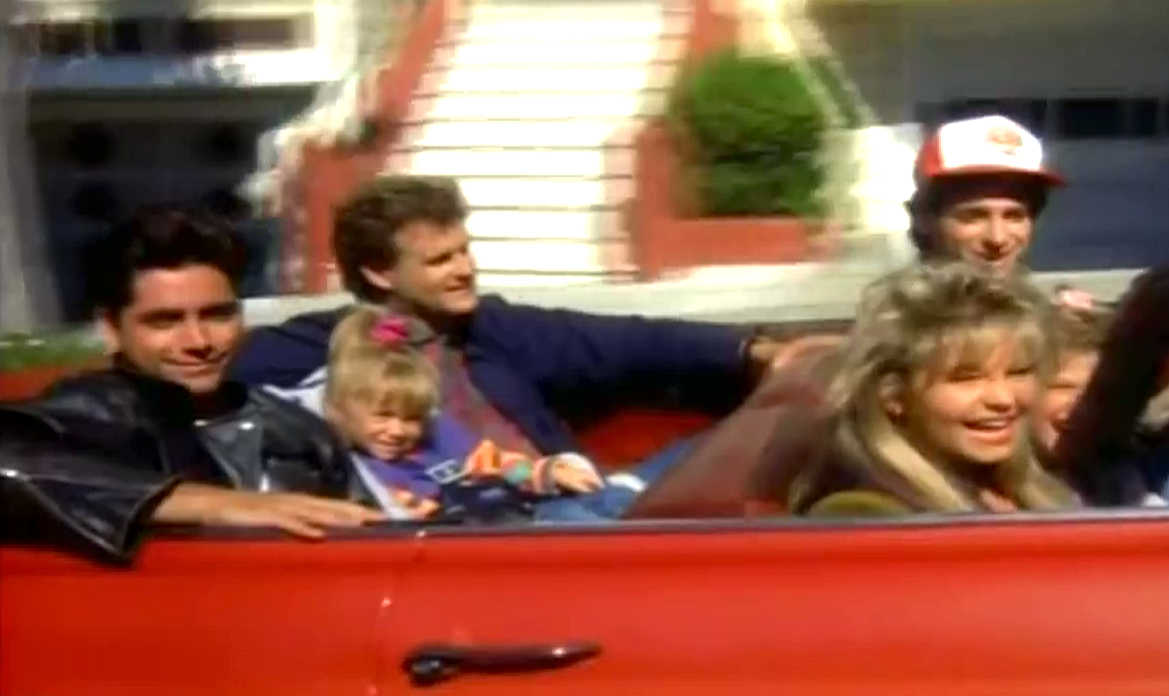 “Whatever happened to predictability?”

Who else remembers these lyrics from the opening theme song to the beloved family sitcom, “Full House”? Whether you were born in the ‘70s, '80s, '90s, or 2000s, you’re likely to recall and perhaps even wish you were a part of the Tanner family.

No, but seriously, what did happen to predictability in television? While predictability sometimes stunts creativity, I wish the content I watched when I was younger could be shared with this decade’s most impressionable generation. Don’t get me wrong, there are some wonderful programs on television that center around strong family bonds, close friendships, and a commitment to a healthy education and lifestyle, but I sometimes question the messages some shows choose to share.

When I was growing up, even though production of new episodes was long over, I religiously watched “Saved by the Bell”, “The Brady Brunch”, and “Full House”. The common theme featured in all of these programs was the prominence of family values and solid friendships. While it is natural for television to evolve with the times, I find the storylines in today’s television to be slightly superficial. More and more television shows focus on the latest technology, show children disrespecting their elders, and don’t put an emphasis on displaying educational challenges that I used to see in my favorite programs.

And then it was announced that “Fuller House” would premiere on Netflix in 2016. The show is set to be a spinoff of “Full House” and will focus on the lives of, primarily, D.J. and Stephanie Tanner and Kimmy Gibbler, along with their children.

The description of the show, as taken from IMDb, states:“D.J. Tanner-Fuller is a widow and mother of three. Things become too much to handle, so she asks for help from her sister Stephanie and her best-friend Kimmy.”

The show's predecessor, “Full House”, focused on a very similar plot-line -- a widowed father who enlists in his brother-in-law and friend to help raise his three young girls. “Full House” featured an ensemble cast that is unprecedentedly talented and cannot be compared to any cast within a television right now. That certainly contributed to why “Full House” was so enjoyable to watch. But that wasn’t the only thing that “Full House” did right.

The focus of “Full House” was not centered on trivial topics. We saw raw emotion in the eyes of a single parent to three young girls, struggling to accept that a drunk driver killed his wife. When was the last time that sensitive topic was seriously tackled on screen in a major network sitcom? What about when the entire family grieves the death of Uncle Jesse’s Grandfather, Papouli, and Michelle Tanner (the youngest daughter) struggles to accept the permanency of death? Then there was D.J. (the eldest daughter), who struggled with her body image, and went days without eating in an effort to lose weight. Aunt Becky, an important female character in the show and maternal figure to all the Tanner girls, was promoted to be their father’s boss, which made him uncomfortable. We got to see a woman in a higher position of power, which lead to Danny Tanner quitting his job for a brief period because of how jealous he was. How could this be a topic of discussion in the most popular show of the '80s and early-'90s but now it is less addressed in present-day television?

In an episode of “Full House”, ironically titled “Fuller House”, Stephanie (the middle daughter) has a difficult time with her elementary school math homework. Rarely on television do we see children actually sitting down to complete their schoolwork and focusing on their academics. Stephanie had a particular challenge with math, but in this episode, her family rallied around her and aided her understanding of fractions.

“Have Mercy” and “You Got it Dude” quickly became household vernacular, as “Full House” mastered the art of the catchphrase. Over 8 seasons, we were able to learn the quirks of all the characters. We grew to love their uniqueness even though they aren’t what most would define as the “conventional family”.

Avid fans of “Full House” will certainly want to watch this spinoff and share it with their own growing families, so my hope is many of the same storylines we saw in the past will be rejuvenated and utilized for the new series. “Fuller House” has immense potential to change the way television is viewed in homes across the world, and can spark a conversation about how pure and true television programming once was (circa the “Full House” era) and could be again with this highly anticipated reboot!