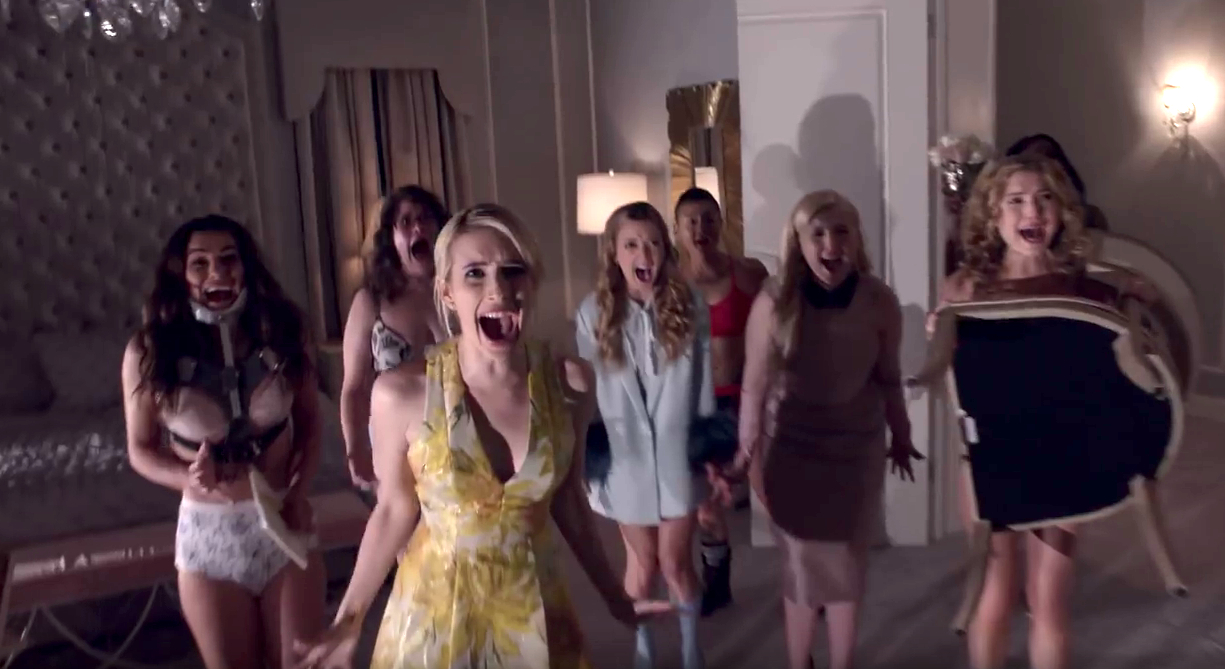 Are you scared yet? I know I am. In the best way possible.

Ryan Murphy is an absolute genius. Many know him as the creator of “Glee” and “American Horror Story”, but he’s also the creator of the new FOX series “Scream Queens”. Who doesn’t love a show about sororities and a creepy masked murderer?

Here are 3 reasons we are trembling in anticipation for this new Murphy joint!

There are two things Ryan does well: horror and comedy. Why not put them together? It’s evident from the trailer that we are going to see a little bit of both. It’s always great when a show can have a healthy balance of chills and laughs.

When YH caught up with the cast at Comic-Con, Skyler said, “The show is gossip, glamour, gore”. What a great tagline! Billie also said it was “hysterrifying”. Get it? Hysterical and terrifying -- clever girl. These descriptions completely embody what we can expect from the show. Not only is it going to be incredibly funny and scary, but also glamorous. The fashion in this show is KILLER!

Make sure to tune in on September 22 for the 2-hour series premiere of "Scream Queens" on FOX. We know it will be hysterrifying!