How 2 Movies Not About Christmas Became 2 of the Greatest Christmas Movies Ever! 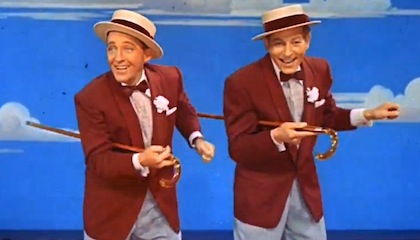 Now that the Holiday Season has come barreling at us faster than a sled pulled by 8 tiny reindeer, many of us find ourselves taking part in the rituals and traditions that define this time of year. Decorating trees, concocting various amounts of baked goods, and wrapping boxes in shiny paper are all beautiful and wonderful in their own way, but Yours Truly doesn’t really know how to write about any of that, so instead, we’ll just focus on the tradition of watching Christmas movies.
All throughout December, one only has to turn on the television and switch to the Hallmark Channel or TBS in order to find a veritable cornucopia of films filled with many of the traditions and imagery that I just touched upon. And why not? I mean, how else are you supposed to make a decent Christmas flick without loading it with snow, stockings, Santa Claus, Christmas Lights, garland, and a thousand other things that are supposed to inspire peace on earth and goodwill towards men? Well, funnily enough, two of the greatest Christmas movies ever made, It’s A Wonderful Life and White Christmas, really don’t have that much to do with Christmas at all, or more specifically, the rituals that surround Christmas, when you actually sit down and watch them. Now, how is that possible when those two films are included in practically every Holiday movie lineup in existence? Well, for those of you who are unfamiliar with these excellent films, peep the trailers below and then I’ll do some old-fashioned explaining.
If you were paying attention, you’ll notice that neither one of those trailers was very Christmas-y. Oh sure, they both ended with some traditional imagery, but the stories themselves weren’t exactly bogged down with eggnog and tinsel. So, how can they be counted as Christmas movies? Well, let's start with It’s a Wonderful Life...
This is a film that is merely bookended by the Holidays but not beholden to them in any way. The movie tells the story of a man, George Bailey (played byJames Stewart), who wants nothing more than to escape the monotony of his small-town life. He wants to travel the world and do great things, but his duty to his family and the town of Bedford Falls keep holding him back. You see, George Bailey is a good and kind man who always puts the needs of others before his own desires. Such kindness and goodwill helps the town and many of the folks within it to flourish, and yet poor George is unable to realize that for himself through the dust and debris of his own broken dreams. Even when he finds true love in his future wife Mary (played by Donna Reed), George is angry and frustrated because his own emotions are seemingly betraying him and keeping him from venturing out into the world.
I’m sure most of you know by now how the rest of the story goes, so I’ll sum it up quickly. Tragedy strikes George’s business and threatens to ruin him. At the end of his rope, he nearly attempts suicide but is saved at the last minute by his guardian angel, Clarence. George declares in front of Clarence that the world would be better off if he (George) had never been born. Clarence grants him that wish, and George is allowed to see a dark and twisted version of the world he once knew. He realizes that his existence has had a positive impact on hundreds of people throughout the town of Bedford Falls. At the end, he is given his life back and the town rallies behind him to help rescue him from financial ruin.
You may or may not have noticed, but I didn’t have to use the word "Christmas" once in order to fully convey the plot. Now watch me do the same do the same with White Christmas, a movie that tells the story of two entertainers (Bing Crosby and Danny Kaye) who decide to put on a show at the Inn of their former army commander in order to help him save his failing business. The film is filled with an excellent repertoire of songs by the great Irving Berlin and features the wonderful singing talents of Rosemary Clooney(George’s aunt) and the fantastic dancing talents of Vera-Ellen.
Like Its a Wonderful Life, this movie begins with Christmas and ends with Christmas. The entire middle part, though, with the exception of that song about snow, has absolutely nothing to do with the holiday whatsoever. So, how is it that these movies are considered by many to be the greatest Christmas movies of all time?
The answer is because the stories themselves embody the deeper meanings of the Holiday season. They’re both wonderful tales about human beings helping others that are in need and taking the time to truly appreciate the important things in life, not just on one day of the year, but on all of them. There is an underlying spirit to each of these films that is more powerful than any of the famous Christmas iconography out there. In short, these films take the "true" meanings of Christmas and gift them to us without wrapping them up in the traditional packaging. And so, to all of you out there, including the self-assured humbugs who can’t talk about Christmas without bringing up things like corporate greed and other such things, I wish you all the Happiest of Holidays. Now go forth and enjoy some Christmas flicks!
(Screenshot via YouTube)
- Greg McIver, YH Staff