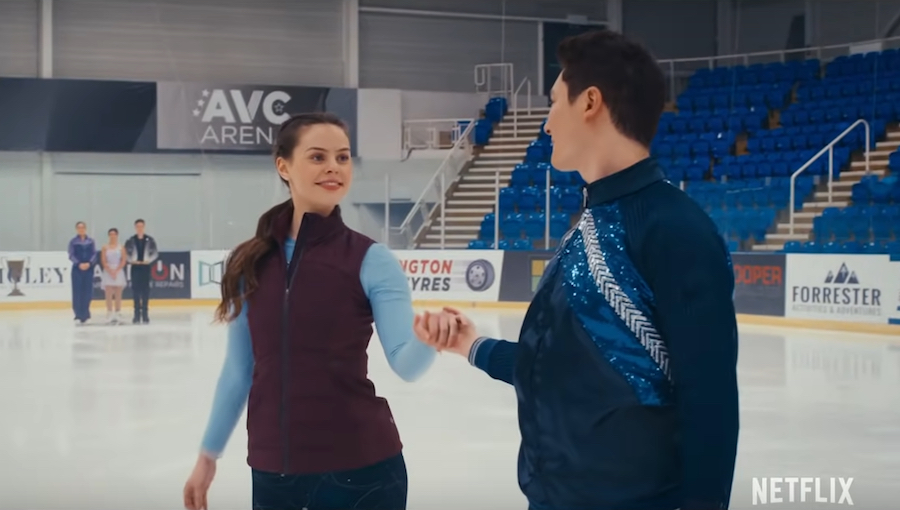 There’s a new show on Netflix that absolutely needs to be on your radar if you’re looking for a show to watch. Or, if you’re devastated by the cancellation of "Spinning Out", this won’t completely fill the void in your heart but it will get pretty close. "Zero Chill" on Netflix is one of the best shows I’ve watched in a long time and trust me when I say that because I watch a lot -- like an unbelievable amount -- of TV.

It’s about a high school hockey player and his family who move to Europe so he can attend a prestigious hockey academy, but his figure skating twin sister is forced to leave her old life behind. There’s hockey, there’s ice skating, there’s drama, there’s literally everything you could ask for and then some. It’s Ice Princess meets, "Spinning Out" meets "One Tree Hill". You’ll have to watch to find out what I’m talking about.

If you’re not already completely convinced by that glowing review then, here are 5 reasons why it should be the next binge-watch on your list!

This is not just your average show about ice skating drama. Not only is there hockey, but there’s figure skating too. A lot happens on the ice in this show, and that’s what makes it so good. The skating performances are so good that you almost forget you’re watching a TV show sometimes.

When I tell you I’ve never seen a show like this, I mean it. Every time I thought I figured this show out, I was wrong because they thew another curve ball at us. I couldn’t pin it down to one specific show I’ve seen before, but it was similar to all the good parts of some great shows (like I mentioned above). What more could you want?

One of my favorite new pandemic hobbies is Instagram, IMDb, and Wikipedia stalking newer, lesser known actors for hours after I’ve watched a show. This series is a goldmine if you’re also into that. There are so many great new actors in it like Grace Beedie(she literally has 7k instagram followers — can we get her the clout she deserves?), Jade Ma, and Stan Steinbichler. You will love them too, trust me!

I’ll admit - every few minutes I found myself pausing and googling lyrics to find out what songs were playing. Each and every song picked was absolutely perfect for the scene. The soundtrack got me even more excited about the skating and literally every song went perfectly with the skating routines.

Overall, this show is a vibe. It makes you feel good, laugh, and keeps you guessing the whole time. There are plot twists and turns you won’t want to miss too. Now, more than ever, I find myself gravitating towards feel-good shows (for obvious reasons). This show checks off that box for sure. If you’re into shows like "Sweet Magnolias" and "Virgin River", but you want a little less romance and small town and more Europe and ice skating, then this is definitely the one for you.

Now for an age old debate: will this show have a second season? Literally every time I finish a show, my first thought is, did they leave us on an absolute cliffhanger that has to be answered in a second season or could that be it? Well, this show definitely wrapped itself up, but they could definitely give us more. I’m 100% rooting for a Season 2! What do you think?