HIDDEN ON STREAMING: "The Final Table" 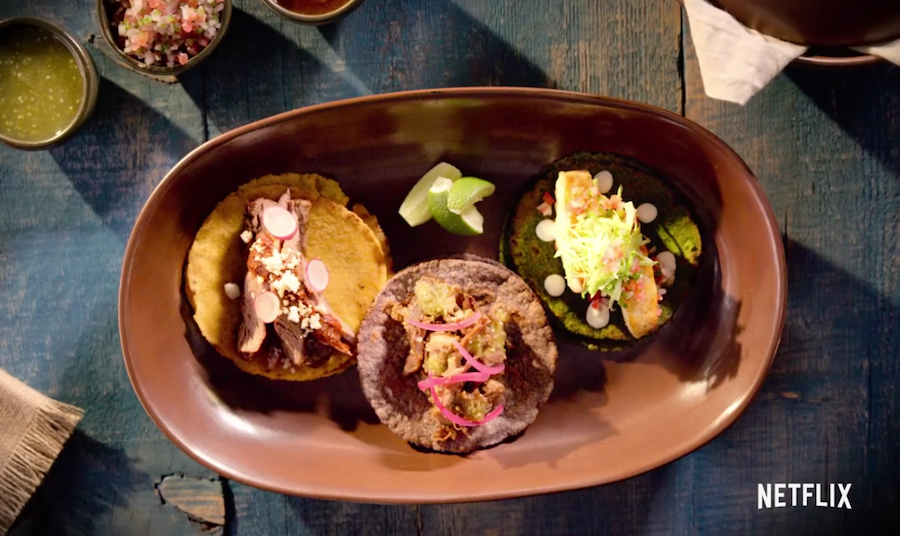 Any person who likes eating food, learning about food, or looking at food, should feast their eyes upon Netflix’s "The Final Table". This 10-part reality competition series features 12 pairs of chefs competing for a seat at the “final table". This table is comprised of 9 chefs from 9 different countries who have revolutionized food in their respective homelands. Or at least so we’re told. All of their restaurants are famous and revered fine dining establishments, the likes of which most of us will only ever dream of eating at. Some debate remains online about whether these chefs chose the right winner to join them, which provides all the more reason to watch and decide for yourself.

"The Final Table" tries to be international, despite featuring 4 countries in Western Europe and not a single country from Africa. The principle of the idea is a good one, though, and every week the chefs must cook a “signature dish” from a new country. As an American, I was waiting with bated breath to hear what the dish would be for America, only to be very underwhelmed with the choice of Thanksgiving Dinner. But, hey, maybe that’s how French viewers will feel when they watch the contestants make lièvre à la royale. Don’t ask.

The cast is what sets "The Final Table" apart from other cooking shows on TV. You will fall in love with at least one of these chefs, I guarantee it. There are 24 contestants, with 2 chefs making up a team. They work together until the finale, where it's every man for himself (literally—next season, they need more women on this show) as the last 4 contestants work against their former teammates. Think The Hunger Games but with more food. The contestants all come from established careers—if they don't own their own restaurant, they’re the head chef at someone else’s. Although this slightly lowers the stakes, it offers interesting insight into the restaurant world and how these young (and a few older) chefs are approaching cooking today.

My first platonic love of the show was Alex and Ash, the youngest team of competitors. I fell in love with their friendship when I noticed that they were both wearing matching Vans. That kind of summarizes their whole deal right there. They are cool, they are youthful, and it seems like they are actually best friends. Another great duo is Rafa and Esdras, who work together in such a smooth and supportive way, it’s beautiful to watch. Esdras started out as a chef for his taco stand in a Downtown L.A. parking lot, making him both the underdog and the dark horse of the competition. The main team that stole my heart, however, is Charles and Rodrigo. Charles is your quintessential artsy boi, but with a unique French-Colombian upbringing and a real understanding of the art of food. If his glasses don't speak to you, you may be unreachable. Charles does most of the talking for his team, and his conviction is palpable. In every episode, he eloquently describes the beauty of native ingredients and don't you dare try and stop him. His partner, Rodrigo, is quiet and you’re like, "wow this man standing quietly next to Charles is beautiful" and then all of a sudden, he starts speaking French and he owns his own sustainable restaurant and catches his own seafood for his restaurant and cries talking about his family and also speaks Spanish and English and once at cooking school he took a selfie with Charles and Charles's glasses and before you know it he owns your entire heart.

Finally, let’s move on to what you will learn from these impressive chefs in "The Final Table".

1. Sweetbreads is not bread.

2. Confit means to cook something in warm oil. (I think? They never actually explain it.)

So there you are. This show will teach even the most hardcore "Top Chef" fan something new, and the lovable contestants make for an emotional rollercoaster of a journey that I highly suggest you embark on as soon as possible. Just don't watch it while you're hungry!