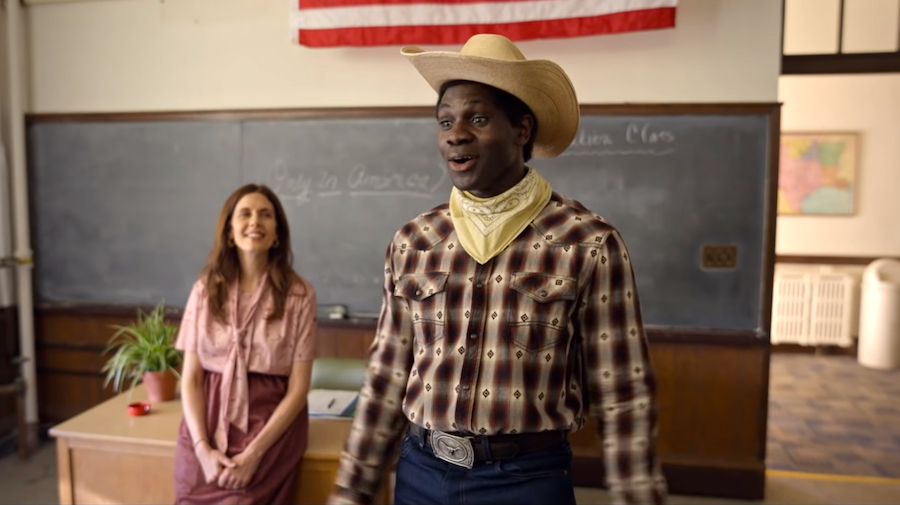 America is the land of opportunity and is filled with incredible stories of those that have set foot on its majestic shores. These tales are especially worthwhile when the person involved has to overcome serious obstacles in their efforts to achieve their dream. For some, that task is almost impossible, yet they still somehow find a way to defy the odds.

There is nothing better than seeing those heartrending storylines come to life, and that is precisely why Apple TV+’s new series “Little America” is one that should not be slept on.

Based on a collection of articles published in Epic Magazine, the Apple TV+ original tells the impactful stories revolving around the lives of immigrants trying to make it in the good ol' United States.

The powerful first season is made up of 8 exceptional episodes focusing on a self-contained fictionalized tale of one inspirational American immigrant, all of which are based on true stories. Every single iteration of “Little America” has an ending that will make you want to bawl your eyes out as much as you want to pump your fist in the air like you just don’t care.

“Little America” is the brainchild of Kumail Nanjiani,Emily V. Gordon, and Lee Eisenberg, creators whose credits include the likes of the Oscar-nominated film The Big Sick and everyone's favorite time-waster, “The Office”. Put them together, and you get what can only be described as a brilliant achievement that is different from anything else out there right now.

Each compelling chapter utilizes different people behind and in front of the camera, all bringing a certain level of authenticity to the particular culture being explored. The end result is that the series is superbly structured and gorgeously realized.

All of the installments of "Little America" bring something remarkable to the table. “The Cowboy” has a fantastic performance fromConphidance. This episode is also shot magnificently by cinematographer Paula Huidobroand encompasses superb directing from Bharat Nalluri.

“The Jaguar” showcases the tremendous effort Marisol had to go through in order to eventually become one of the top 15 best Squash players in the country as well as representing the U.S. on the Olympic team.

“The Manager” charts the journey of a young boy forced to manage his family's hotel when his parents get deported. He even competes in a National Spelling Bee so he can ask Laura Bush, the former First Lady, for help, which she does not with little explanation.

And Episode 6, “The Grand Prize Expo Winners”, is very special because it was written and directed by the son of the woman at the center of the story.

In a time where people feel more separated than ever and American discourse is at all all-time high, "Little America" is the perfect program to bring everyone closer together. No matter where you are from, everyone will be able to relate to these heart-wrenching tales. This eye-opening affair is nothing short of a triumph, and it will continue to change minds with another season already on the way.

The first season of “Little America” is now streaming exclusively on Apple TV+.