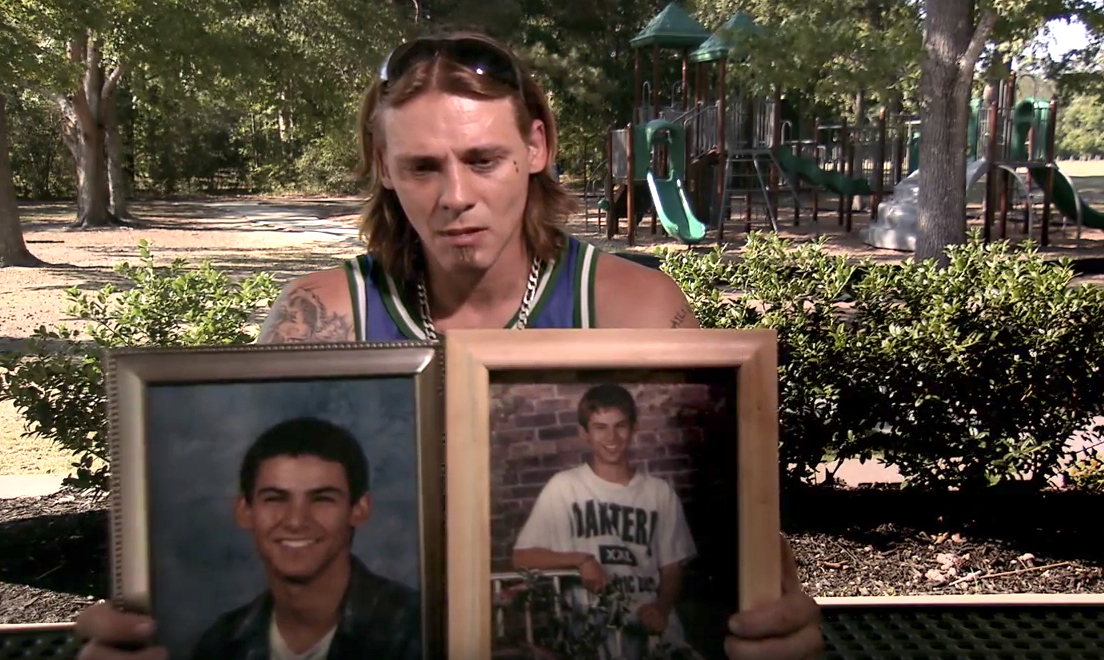 Netflix recently brought us the most controversial documentary of the year (so far) with the miniseries “Making a Murderer”. By now, you’ve either seen it or you've at least heard about the story ofSteven Avery detailed in “Making a Murderer”. The series has raised questions with a lot of people as to the cracks some alleged criminals seem to slip through that may be innocent. It’s even gotten people thinking that this Avery guy isn’t a killer, or at least not the killer who committed the crime he’s going down for. But would you be surprised to know that “Making a Murderer" isn’t the only documentary on Netflix featuring this theme? This brings me to presenting to another feature hidden on the streaming service Netflix entitled Into the Abyss.

Into the Abyss is a documentary by world-renowned filmmaker, writer, actor, teacher, and opera director Werner Herzogwhich details a series of murders and grand theft auto that took place in the small town of Conroe, Texas. In 2001, two teens by the names of Michael Perry and Jason Burkett killed two young men and one of the boy’s grandmothers… all in pursuit of stealing the family’s red Camaro. As one of the police officers in the film puts it, the crime was simple: “This lady owned a car that they wanted, so, unfortunately, people died for a theft.”

The film dives deeper into what the crime is, and rather than try to present to a certain viewpoint on what happened and make sense of this senseless of crime, Herzog glazes overs different parts of crime in general, while letting the audience decide for themselves but also seemlessly gathering different facts. The crime, however, isn’t what Herzog is entirely interested in. His main focus is on the question, is the death penalty wrong or not? Into the Abyss begins with an interview between Herzog and a death row pastor, who, in an hour, is going to read somebody their last rites before they are put down. As Herzog says in several interviews, he had a feeling the pastor had a story about a squirrel. After the pastor speaks about what he does and how he rationalizes it through his belief in God, Herzog asks him to talk about an encounter with a squirrel. The pastor tells the story about a run-in with a squirrel and a golf cart that almost kills the creature. It's here the man becomes choked up and the tears roll along with the opening credits.

As much as Herzog isn’t concerned with finding a witch to burn for these crimes, he does discover through interviewing locals that, between the two killers, Burkett is the real monster of the two. He interviews Perry one-on-one not long before he will be sent to death for the murders, where Perry has accepted his fate but still insists that, even though he was there, he didn’t commit the crimes. Herzog also interviews Burkett, who, unlike Perry, isn’t receiving the death penalty. Initially, Burkett was given 40 years, but after 8 years in prison, it looks like (in this documentary at least) he might get out earlier. The main difference between the two killers is that Perry was a homeless orphan who claimed he would’ve done anything at the time for a place to stay, food to eat, and drugs to take. Burkett, on the other hand, had a family.

Burkett’s story also lends some interesting insight into the phenomenon known as the "murder groupie". We’ve always heard about these women who, instead of rock stars or film actors, write love letters to convicted killers and schedule conjugal visits. While in prison, Burkett meets a woman who, from how it sounds, fell in love with him immediately. Burkett’s woman is a special case, though, as she takes the groupism a step further than most by marrying this dude, and not just so she can inherit his body like Charlie Manson’s recent ex-wife, who was looking to open a roadside attraction around him. (What can I say, crazy attracts crazy.)

Into the Abyss is a great documentary to check out, especially if “Making a Murderer” really caught your attention. It’s also one in a string of vastly different documentaries on Netflix by Werner Herzog. In fact, this film might be a good window into the world of Herzog for newcomers. He came up in the film industry from Germany as primarily a feature film director, but many of his films have always had a hint of documentary to them. If Into the Abyss catches your eye, then a fictional film of Herzog’s you may like is Fitzcarraldo, which is about an Irishman in Peru trying to drag a steamboat over a mountain. What’s interesting about this is that the cast, crew, and Herzog himself dragged a motherfuggin’ steamboat over a mountain! This guy is serious about his work.

Before diving into anything else by Herzog, take a look at Into the Abyss on Netflix today!