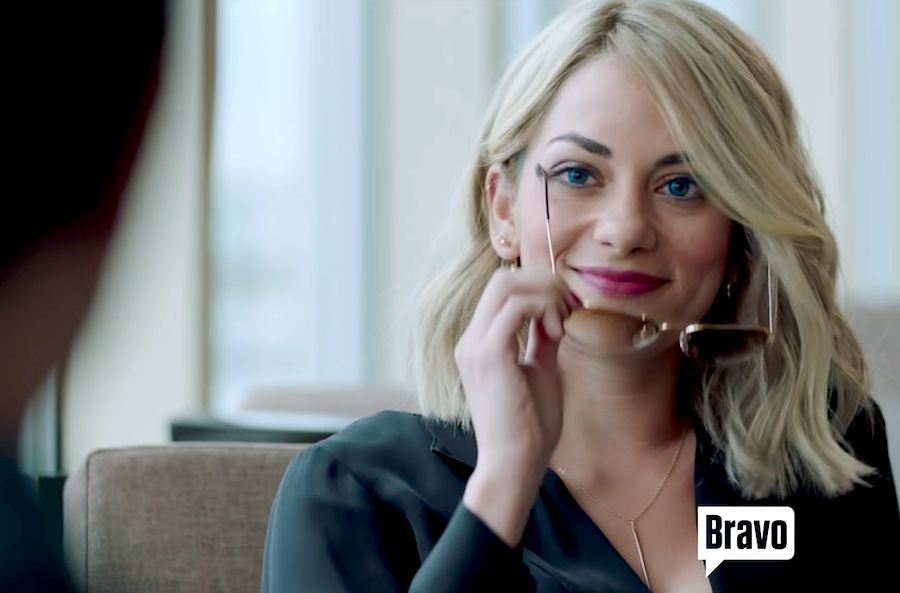 Looking for a new Netflix show to binge? I bet you haven’t heard of this one, and let me tell you, you don’t know what you’re missing. Bravo’s "Imposters", which is currently streaming on Netflix and which IMDb describes as “a dark comedy that focuses on a female con artist who marries people and then disappears with their money”, has so many twists and turns that you’ll feel the vertigo come on like 3 episodes in.

Seriously, this show is awesome – I watched it with my mom at the beginning of quarantine and I still don’t think we’ve ever gotten through any show faster. When I say this show is good, I mean it’s good; the characters are interesting as hell, the plot is completely insane, and the subject matter — at least to me — felt completely unique. I love me a good dark comedy every once in a while, and this one is definitely at the top of my list. Here’s why!

1. The chemistry between so many of the characters on this show is unmatched.

I don’t want to give too many spoilers away here, so apologies if I’m a bit vague, but I felt that these characters were able to relate to each other in ways that were sweet at times, flawed at other times, and layered overall. Huge props to the stars here: Inbar Lavi (Maddie), Rob Heaps (Ezra), Parker Young (Richard), and Marianne Rendón (Jules) were all fantastic and their relationships to each other as con artist and resentful victims, respectively, was fun to follow both on an individual basis and as part of a larger, unlikely unit. And I’m sorry, if Uma Thurman (Lenny Cohen) is on the project, you know you’re in for a treat. But that’s just the tip of the very large iceberg – Brian Benben (Max) and Katherine LaNasa (Sally) as Lavi’s partners-in-crime have a distinct dynamic of their own that was fascinating to witness, and then you throw undercover FBI agent Patrick (played by Stephen Bishop) into the mix, and sh*t really hits the fan.

2. The revenge fantasy is real.

A question for you: if you were to get ripped off and lose everything, what would you do? Would you go straight to the authorities and leave it up to them to save the day? What if the person responsible for the con had incriminating dirt on you? Would you take things into your own hands? Without really knowing what they’re doing, Ezra, Richard, and Jules commit to the latter, and the result is just as hilarious as it is thrilling. Again, I don’t want to spoil too much, but let’s just say these three will stop at nothing to get their lives back. Like, nothing. Sure, there are bumps and hurdles along the way that they must somehow overcome, but the result is nothing short of spectacularly vengeful and stupidly satisfying. But I’ve already said too much. Just watch it, okay?

3. I was left wanting more.

Man, spoilers are hard to avoid, aren’t they? But I’ll just say this: a sign of a great show for me is one where you (a) can’t seem to turn it off, and (b) crave more even after the series finale. With this show, I experienced both. Like I said earlier, my mom and I binged this puppy in record time, and after the last episode we immediately started brainstorming different routes they could take if they were to bring it back for a third season (it’s been a few years, but fingers still crossed on that!). There wasn’t one episode that we had to slog through; not one that saw us reaching for our phones in boredom. Every episode brought with it a new crop of problems, conquests, drama, and laughs, and when it ended, we still had our hands deep in the proverbial popcorn. I’ll say it again – Netflix, Bravo, or whoever, can we please have more of this? It’s what the people want!

Give Imposters a shot; I promise it’ll be worth your while. Then let’s debate about who our favorite characters were, and who had the most on-screen chemistry! Great, it’s a date!