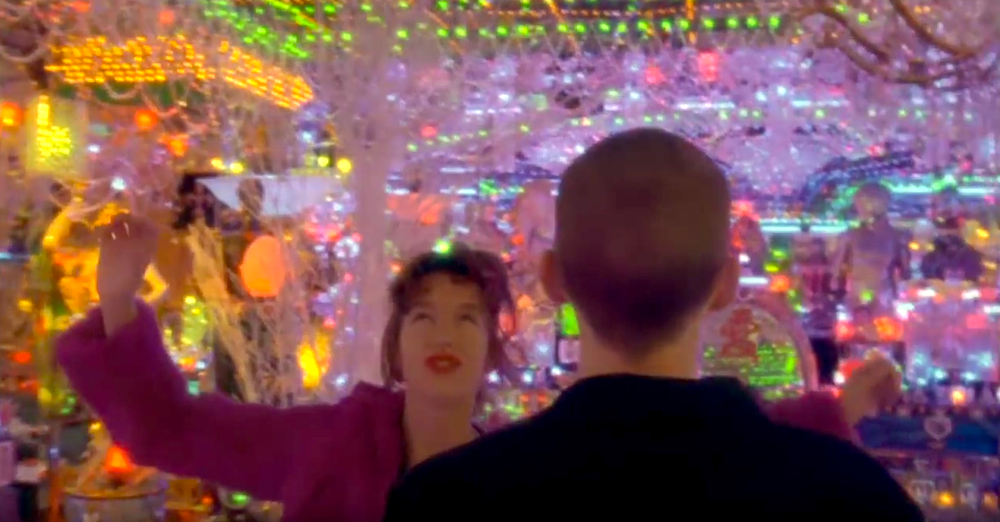 Netflix is just a treasure trove of... admittedly limited possibilities; however, the possibilities are still treasures. With French direcotr Gaspar Noe’s new very, very NSFW film Love finally hitting theaters and On Demand, I decided to revisit a favorite film of mine on Netflix directed by Noe called Enter the Void. This film is definitely not one for the feint of heart, but I can assure you, aside from that, there is something in this film for everybody.

Enter the Void focuses on the death of its main character, Oscar (Nathaniel Brown), whom the whole movie follows via either over-the-shoulder shots or direct POV shots. While this French film takes place Tokyo, Japan, it is almost completely in English. In adulthood, Oscar moves to Japan to get away. He’s lost like many of us are in our 20s. In Japan, his sister Linda, played by Paz de la Huerta (of “Boardwalk Empire” fame), joins him. We're dropped into Oscar’s world of his loyalty and love for his sister, his interest in the Tibetan Book of Death (well worth the read), and his possible addiction to DMT. Within the first 10-15 minutes, Oscar is killed during a police raid that was set up by a friend of his. After that, we travel through Oscar’s life in Japan, his early days with his family, his parents' deaths, and a slew of other wonderful and horrible things that many of us have experienced throughout life.

Before going on, I feel I should explain what DMT is if you don’t know. DMT is an acronym for a chemical known as Dimethyltryptamine. It isn’t out of the ordinary anymore for people to travel to Peru to meet with a shaman who makes a drinkable form of DMT from plants that they claim “speak to them”, thus instructing them on how to make this drink. The drink has been referenced in the mainstream lately, even getting a mention in “30 Rock” by its true name, ayahuasca. Whether it’s ayahuasca or just straight up DMT, it doesn’t matter. It’s completely natural. What we know about DMT is that it floods your brain when you die and causes your mind to trip for about 12 minutes, hence why we have about 12 minutes of brain activity after we have passed and our brains are intact. In Enter the Void, Oscar smokes DMT instead of drinking it, thus causing a much shorter and less intense trip. Either way, though, Oscar’s smoking does call for a very cool first few minutes after the crazy credits have rolled.

After Oscar smokes and is shot while high on the drug, he travels, as I mentioned before. I think what Noe set out to do with this film was make something that reflected on every individual person. We won’t all be famous, but that doesn’t mean we all don’t have a crazy story to tell. Even very pious people of the past who spent a lot of their time tending to farms and praying still has their faire share of hilarious and traumatic moments in their lives worth revisiting. Oscar as a character is not much more than a millennial stoner, but his experiences with parents dying, his relationship with sister, and others create a graceful canvas of grim that leaves an impression on you for a long time after viewing.

I don’t want to give away too much on this film, as it is very scattered and sounds complicated, but once you see it for yourself, it really isn’t that complex. You just really have to see it for yourself. It’s about a condition we all go through known as Life, so if you watch this, your experience will be completely different from mine. We may have some similar thoughts, but there are things going on here we’ll never be able to properly convey to each other. I will say this: It’s one of my favorite movies and one of the most depressing and beautiful things I have ever seen. But don’t worry, there’s also some jokes!

I’m planning on seeing Love very soon, as you should too (assuming you’re old enough), but until then, you should check out Enter the Void on Netflix. Seriously, your mind will explode in a good way!