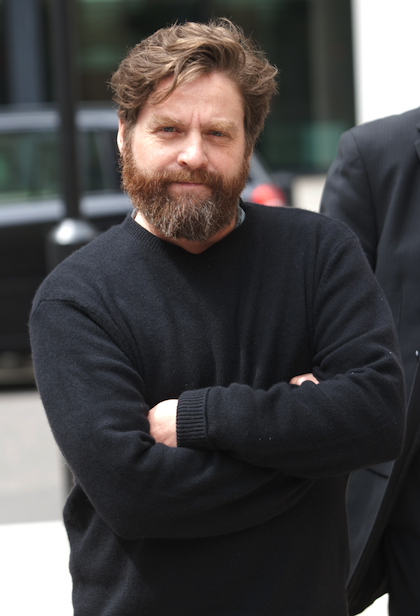 Are you a fan of any or all of these stand-up comedians? Maria Bamford, Brian Posehn, Patton Oswalt, and/or Zach Galifianakis? Great! I’ve got the perfect documentary for you streaming now on Netflix. The Comedians of Comedy was originally intended as a mini-documentary-series on Comedy Central, like Planet Earth, but then evolved into a full-length feature film as well, like Jiro Dreams of Sushi. Today we will be talking about the movie.

It’s a fun journey watching these four comedians go on tour. You get to see inside the lives of these comedians and the idiosyncratic behavior they engage in to cope with the outside world, like Bamford’s need to make affirmations or else she feels like everything bad she thinks about will happen. You can also see how comics feel about their own material, particularly when they know their jokes need more work but believe in the idea behind them.

If you start watching and came for Galifianakis and are wondering, “Where the hell is this guy?”, just like in the TV series, Galifianakis comes late and leaves early. (What a diva!) But not before showing off some of the funniest stand-up I think I’ve ever seen or heard. Take a look at the link below. It’s my favorite part of the film, where Galifianakis finds his tour replacement:

(Fun fact: It’s not shown in the movie, but at this show, Galifianakis went outside with the mic and started doing crowd work with the trees. Source: I met a couple of people who were at this show.)

Everybody in this movie is an interesting person to watch just going about their daily business, but Galifianakis and Bamford stand out the most. This was also at a time when none of these people were nearly as popular as they are now, and Bamford was pretty much introduced to a wider audience in this film. I’d assume by now you have seen Bamford’s act and that you know what to expect with her whacky view of the world, as well as the voices she uses to create a picture of that view for the audience, but if you haven’t, then you are in for a treat. Galifianakis is an interesting fellow from the moment we see him on screen. As you will see, he has reservations about taking a slightly crowded elevator, and due to time-lapse on a camera, we can see that, when he finds a random piano, he will play it for a few hours.

Let’s not forget, the jokes are funny too! On top of seeing their lives on tour, you will also get to see their acts and plenty of stuff that isn’t recorded anywhere else, like Nathaniel Buckner’s appearance above. It’s an interesting gem of a movie that any comedy nerd will love. Check out The Comedians of Comedy on Netflix today.