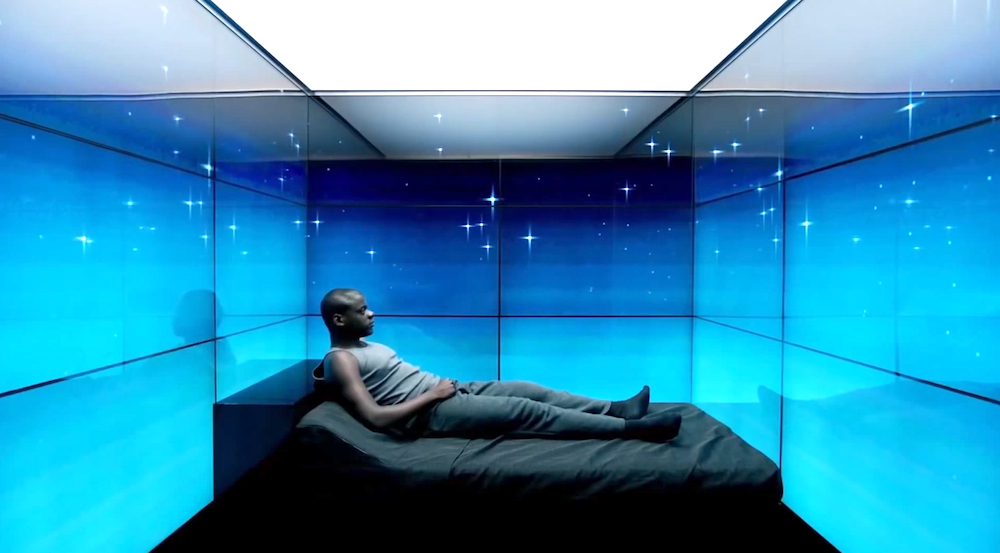 When it comes to streaming services, there are so many options, but are these options just limited to movies? Of course not! Recently, while digging through different streaming services for something new to watch (as one does), I stumbled upon on a quirky little British TV show called “Black Mirror”!

Right out of the gate, I know what you’re thinking -- “Do the people on the show have British accents?” Yes. Yes, they do. But that shouldn’t deter you from watching it. If anything, it ups the classy factor. No matter what language or accents spoken in this show, the fact is that “Black Mirror” is a great story that is hidden on Netflix right this very moment. So, what this show is about, you ask? Well, I am frankly not sure what it’s about besides mischief and mindf#cking. There are no main characters or setting throughout the show, as the it is an anthology series, which simply means that each episode to episode is completely different, but the consistent theme of creepiness ties it all together. I wouldn’t go as far as saying that the show is scary, but each episode could leave the weak-of-stomach with an uneasy feeling.

It’s hard to describe this show, as there has never really been anything like it before. The closest I can compare it to is “The Twilight Zone”, but “Black Mirror” takes the format of that show and pushes it to places it would never dare to go. So, I will tell you right now we have a **Spoiler Warning** for the first episode...

When I first put this show on, it was simply out of curiosity and having no clue what I was getting into, so I pressed Play on the first episode, entitled “The National Anthem”. It started off like things I’ve watched before, where the Prime Minister is awakened in the middle of the night about a video released from a kidnapped princess. But this story isn’t your typical knight-breaking-into-a-castle-on-his-equally-chivalrous-steed-to-strong-arm-the-kidnapper-and-save-the-princess tale. No, this kidnapper has sinister plans beyond anything most people can comprehend -- he has the princess read in a viral video that they will release her if the Prime Minister has sex with a living pig on live television. As the Prime Minister of England having to deal with a missing princess, what do you do? You’re going to have to watch to find out.

So far, you probably think this show is deranged… and it is, in the best possible way. The show’s creator and writer, Charlie Brooker, might just be the best writer in the game right now. Not only is “Black Mirror” incredibly twisted, it’s funny, real, and honest, and the trials and tribulations he puts his characters through is like nothing I have ever seen in my life, and how they come out in the end leaves you like, “Yeah, that’s probably how it actually would be.” Sure, the scenarios are just enough outside of our reality that they feel impossible, but when you sit back and think about the fact that a prime minister is demanded by some random yahoo in today’s world to have sex with a pig to save a princess… it doesn’t actually sound that far-fetched.

To give this show some more legitimacy, “Black Mirror” has actually had some impressive guest-stars, including actress Haley Atwell of “Agent Carter” and Captain America fame, as well as a little-known actor and America’s very own Jon Hamm! So “Black Mirror” does appear to attract some big names, which is great news since they just signed a 12-episode deal with Netflix for a 3rd season! As it stands right now, there are only seven existing episodes; three for each of the first two seasons, and a special entitled “White Christmas” starring Hamm, which is also rumored to be in development as a feature-length film.

So, come on already! I know you’re not doing anything important right now, so take my suggestion and watch “Black Mirror” tonight. Trust me, you’ll watch all seven episodes in a row!