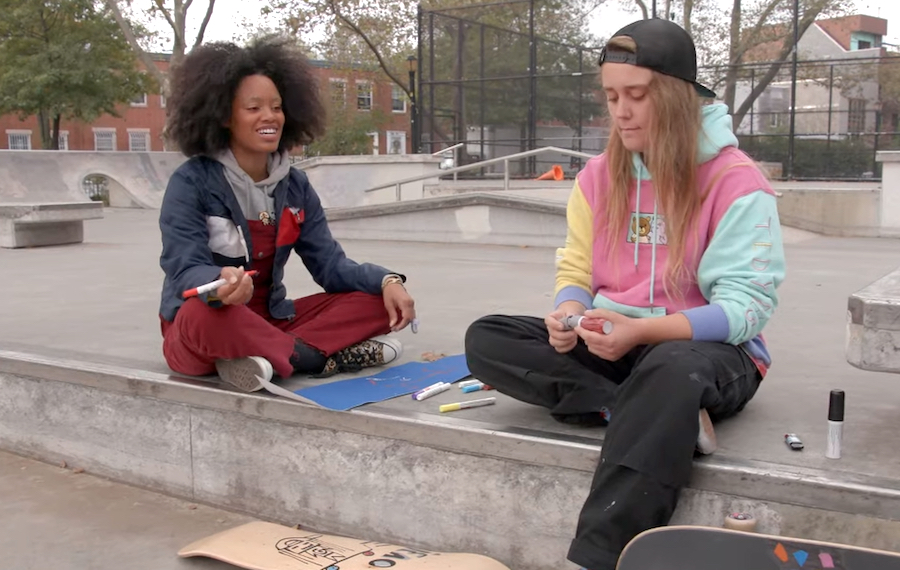 HBO has been handing us great shows like “Euphoria” and “Genera+ion” on an aesthetically pleasing platter -- well-produced and tightly-scripted shows that capture the lives of young people today. There’s another show, though, that does an even greater job at encapsulating young folks like us and, quite frankly, we’re all sleeping on it. Everyone should be watching “Betty”.

“Betty” follows a group of girl skaters living in New York City and trying to defy the sexism that exists in the male-dominated skateboarding community. Kirt, Honeybear, Camille, Janay, and Indigo navigate their way through the frustrating and confusing social terrain of young women in NYC: misogyny, drugs, dating, gentrification, racism, and sexual assault.

I know what you’re thinking -- that seems like pretty heavy stuff, right? But the gorgeous girls of “Betty” handle this tough subject matter with lightness and humor. Lots of humor, and lots of realness. So real, in fact, that we wouldn’t have this gem of a show if it weren’t for Skate Kitchen, the 2018 documentary/film hybrid following the same girls (and Jaden Smith). Let’s make it even more real -- the Skate Kitchen actually exists and was founded by the actress who plays Kirt, Nina Moran. Real girls meet up for real skate seshes in NYC to meet each other, teach each other to skate, and to just enjoy each other’s company in a safe and welcoming environment. Just like these real all-girl skate meetups, each episode of “Betty” provides comfort and radiates immaculate vibes.

Seasons 1 and 2 of “Betty” are now streaming on HBO Max!