Here’s What You Missed In 'The Kissing Booth 2' (Without All The Spoilers)! 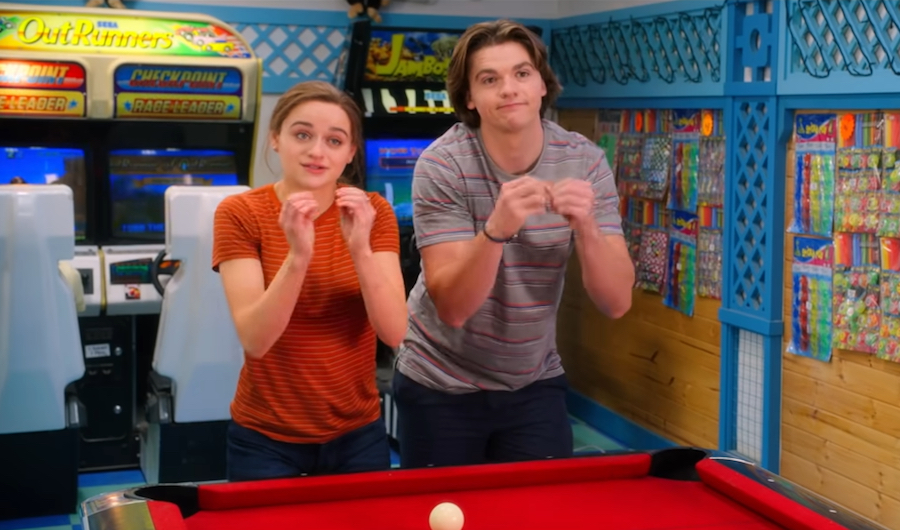 In 2018, The Kissing Booth, based on the best-selling novel by Beth Reekles, became a must-see on Netflix starring Joey King,Jacob Elordi, and Joel Courtney. The movie followed Elle, whose first kiss with her childhood crush and the hottest boy in school led to a forbidden romance that jeopardized her relationship with her best friend. At the end of the movie, Elle ended up dating Noah, her crush who also happened to be her best friend’s brother. The Kissing Booth 2, which premiered on July 24, is set after the couple's romantic summer together and follows the two as they struggle to maintain their new long-distance relationship with Elle in her senior year of high school and Noah off to Harvard.

Without too many spoilers, here is what you have to look forward to by streaming The Kissing Booth 2 on Netflix today!

Besides her long-distance relationship with Noah, finishing up her college applications, and maintaining her relationship with bestie Lee, Elle also has caught the attention, and eventually the heart, of the newest boy in town, Marco, who is played by actorTaylor Zakhar Perez. The two compete in a dance video game competition to win $25,000 and the chance for some financial relief when it comes to Elle and her college decisions. All of this takes place in the 2-hour-and-12-minute movie along with a trip to Harvard to visit Noah, Noah’s college friend and model Chloe (Maisie Richardson-Sellers), as well as a screaming match at the Thanksgiving dinner table, similar to the infamous "Gossip Girl" scene.

The end of the movie catches Elle, Lee, Marco, and Lee’s girlfriend Rachel graduating from high school and reveals a tough decision that Elle will ultimately have to make: Harvard or the University of California, Berkley? But, perhaps this decision will ultimately lead into an even bigger one -- will she choose to follow Noah to Harvard or follow Rule #19 and attend her dream school with her bestie Lee? Well, we don’t have to wait too long to see which Flynn brother and which college Elle chooses, as Netflix has already shot the The Kissing Booth 3, which is set to be released in 2021 AND a teaser is already here!

So, if you are debating whether or not The Kissing Booth 2 is better than the first movie, I have to say it is. While the main character is still being fought over by two boys, the movie focuses not only on those relationships but also follows Elle’s personal growth as she works throughout the movie to answer the college essay question: “What do you want to be in five years?” To learn about her response, and to decide on your own whichKissing Booth movie is your favorite, head over to Netflix and watch both of the teen dramas today!