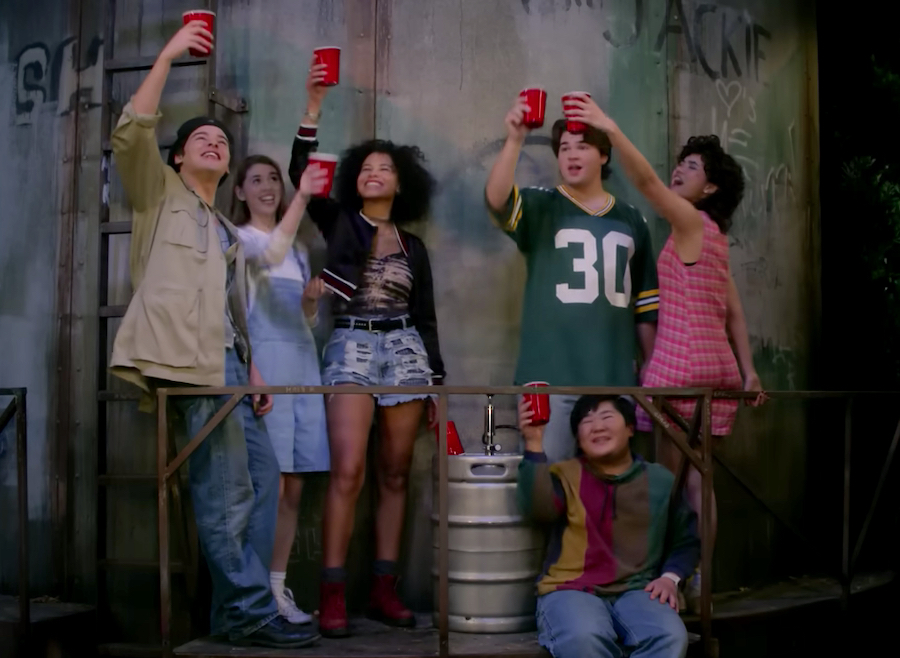 We’re heading back to Point Place, Wisconsin, for more teen hijinks. The spinoff of "That '70s Show" releases January 19 on Netflix. so with a little more than a week until the premiere, here is everything you need to know about the new series!

The show is set to have 10 episodes that will be approximately 30 minutes each.

Once again we are in the iconic basement of Kitty and Red Foreman, though this time it is the 1990s, and it is the daughter of Eric and Donna who will be having new adventures. During the Summer of 1995, Leia Forman leaves Chicago to spend the Summer at her grandparents' house. While Leia spends time with her grandparents, she is introduced to the neighbors' kids and Jackie and Kelso’s son. For the last generation who never experienced not having a smart device in their face 24/7, it is easy to imagine what mischievous and sneaky antics will take place.

3. Is Any Of The Old Cast Returning?

Yes! Most of the original cast from the original show will have recurring or cameo roles throughout the season. Principally, Kurtwood Smith and Debra Jo Rupp will reprise their roles as Red and Kitty Foreman in all 10 episodes.Topher Grace and Laura Prepon will appear in the first episode of the show, while Ashton Kutcher, Mila Kunis,Wilmer Valderrama, and Tommy Chong will be peppered in throughout. The appearances from the former cast members will be the just enough to pay homage to the original show while still attempting to keep it fresh and new for a younger audience.

4. Who Are The New Castmembers?

A brand new band of coming-of age-teenagers has been formed to capture the nostalgia of the '90s, with a group of fresh, exciting new talent to play them. Callie Haverda plays Leia, the daughter of Eric Forman and Donna Pinciotti, who at first doesn’t appear to want anything to do with Wisconsin until she finds a troop of people to get into trouble with. This includes neighbors Gwen and her brother Nate, played by Ashley Aufderheide and Maxwell Acee Donovan, respectively. His girlfriend is Nikki, played by Sam Morelos, and their friend Ozzie is played by Reyn Doi. Also attending the basement roundtables is Jay, the son of Jackie Burkart and Michael Kelso, played by Mace Coronel. Time will tell if this show will launch the careers of these new faces in the same way that their predecessors did...

The trailer points out the many similarities to "That '70s Show". All of the old sets seem to be back in use, such as the watertower, Leo’s Recordshop, and The Hub to get a bite to eat. Within these parameters, the context of the era will be to a completely new generation -- Even if we can expect many jokes about what times were like back in the '70s.

The show's focus on a new cast of characters while throwing in old cast members to give past watchers something familiar to come back to will surely be its strength. Hopefully, the emotional core will be preserved while we have fun roaming Wisconsin once more!