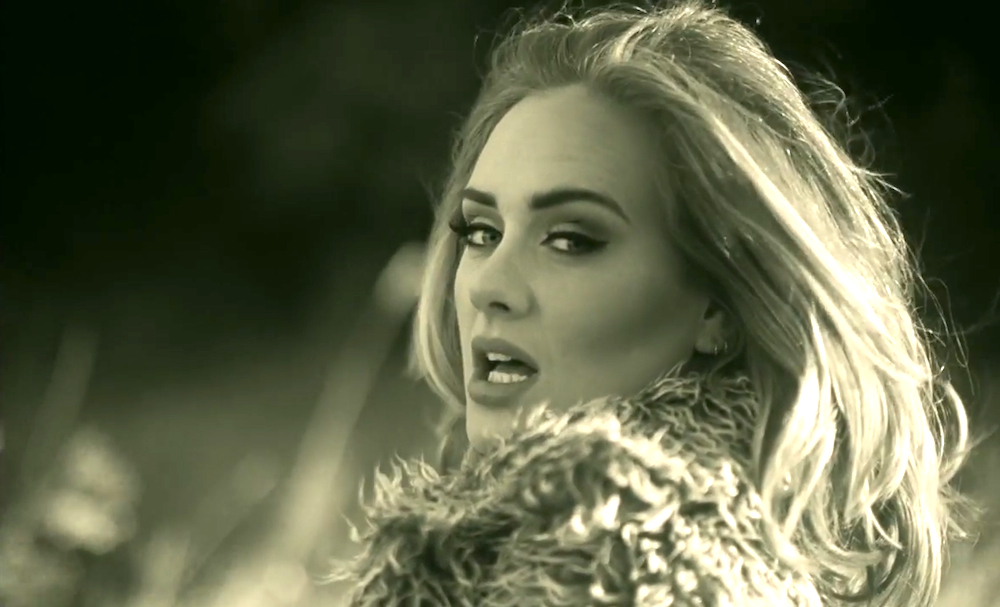 Adele is BACK, you guys. And I have a new karaoke go-to.

It’s been four whole years since the British singer-songwriter won all the Grammys for her multiple hit-spawning album 21. A lot has happened in those four years too – a husband, a baby, a vocal chord procedure – and now she has returned to the music scene to caress our eardrums once more with her third album, entitled (you guessed it) 25.

The first single off the new album, “Hello”, just dropped, and it’s fair – nay, ACCURATE to say that Adele is better than ever. She’s not lost a single damn step since writing and releasing our personal break-up soundtrack four years ago. Take a listen below and try to keep those goosebumps under control:

While Adele’s previous album was laden with songs about her own heartbreak and attempts to work through it, this song has an interesting twist in that SHE is the heartbreaker this time. But it wouldn’t be Adele without a proper amount of ennui – even though she (in the song) is sad about breaking the dude’s heart, she seems even sadder that he’s, like, gotten over it. OH ADELE, WHY CAN’T YOU JUST BE HAPPY??

Seriously, though, this is an AMAZING song, and if it’s any indication of what to expect from the rest of her new album, then she best get to clearing some space for another armload of Grammys.