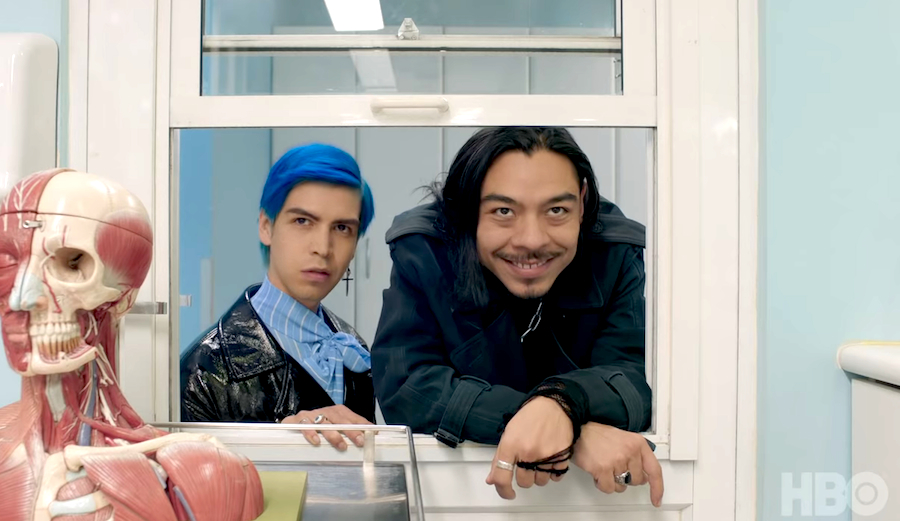 When it comes to watching television, I always do it with close-captioning. So when I dove into "Los Espookys" on HBO, I wasn’t bothered by the fact that the majority of the show is spoken in Spanish. It was exciting and new, and I think that is what is helping to make it so popular. It’s a comedy that blends both English and Spanish, challenging the writers to craft jokes in both languages for both audiences.

The series follows a group of friends in an imaginary Latin American country who start a business doing a series of odd jobs creating pranks and scares to incite fear and make money. They call themselves Los Espookys and are led by Renaldo (Bernardo Velasco), who is a goth horror and gore enthusiast. The group works together throughout the series to boost tourism in a beach town by creating a sea monster, planning an inheritance murder mystery dinner party, and trapping the U.S. Ambassador in a mirror. They also help a priest create an exorcism. The show's humor is extremely dry, out there, and sharp.

"Los Espookys" blends fake horror with real horror, making what might seem impossible, possible. It’s almost as if you were watching "Scooby-Doo" but from the perspective of those creating the mystery and not solving it. It does an excellent job of blurring the lines between reality and fantasy with its fake antics and real scares. But truthfully, this show isn’t for everyone. It’s weird and goofy, and after forcing my boyfriend to watch it with me, his only response was, “What is this?” And I think that’s the main question we all must solve on our own, because this is a show made by weirdos for weirdos. And I am one of those weirdos.

The show is a fresh new take on friendships and chasing your dreams, and the best part is, it doesn’t force itself to fit in. Much like the characters, the show itself was born to stand out. So if you’re a fan of dry humor, wacky antics, and horror (and Fred Armisen), you must give it a shot. Because, despite the name, nothing about the show is scary. You will laugh, scream, and cry tears of joy way more than fear.

Also, it just got renewed for a second season!