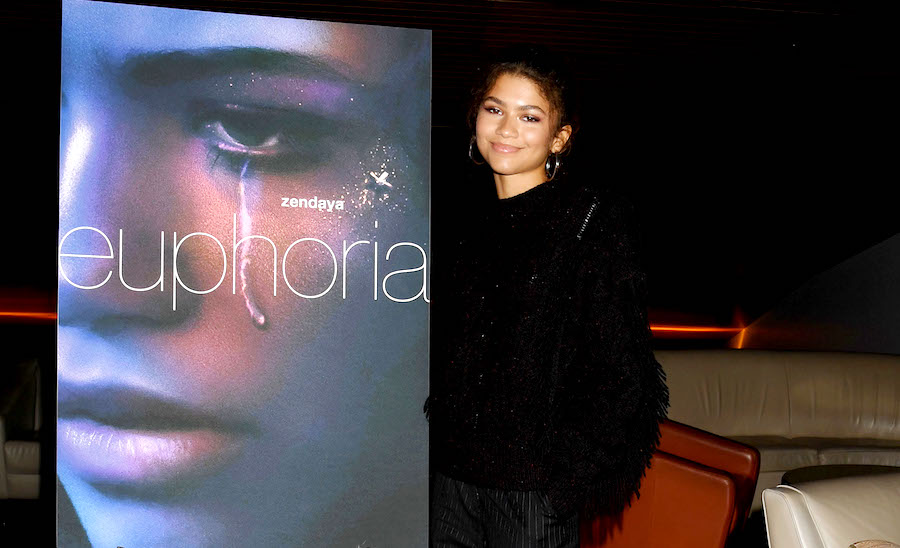 Attention "Euphoria" Fans! Zendaya has confirmed that she will be coming to save 2020 with not one, but two special episodes to hold us over until filming for Season 2 can resume. Like many other shows, "Euphoria" had to halt production for its highly-anticipated second season due restrictions set by COVD-19. Though HBO revealed these two extra installments are to bridge the gap between the first and second seasons, they haven’t yet said when we could expect the second season – but there’s speculation the show will resume filming in early 2021.

The first episode will premiere December 6th, while the airdate for the second is still TBD. All we know so far is that the first episode, titled “Trouble Don’t Last Always”, will be a Christmas special! Colman Domingo, who plays Ali, a peer from Rue’s support group, is confirmed to star in the first episode and it will be interesting to see how his role plays out in the aftermath of Rue’s relapse. Hunter Schafer will be back for both episodes – because it wouldn’t be Rue without Jules, of course. We don’t know who from the remaining cast will make an appearance, as Zendaya described the specials as “an episode that we can do with a limited amount of people in a safer environment…” during an interview with Jimmy Kimmel this past summer. HBO’s Casey Bloys also revealed that COVID-19 will have a role in one of the episodes.

Check out the official synopsis for “Trouble Don’t Last Always” below and remember to tune into the premiere December 6 at 9pm on HBO!

In the aftermath of being left by Jules at the train station and relapsing, the first special episode follows Rue (Played by Emmy® -winner Zendaya) as she celebrates Christmas. Written and directed by series creator Sam Levinson, the episode, titled “Trouble Don’t Last Always,” and also stars Colman Domingo, who appeared in season one.