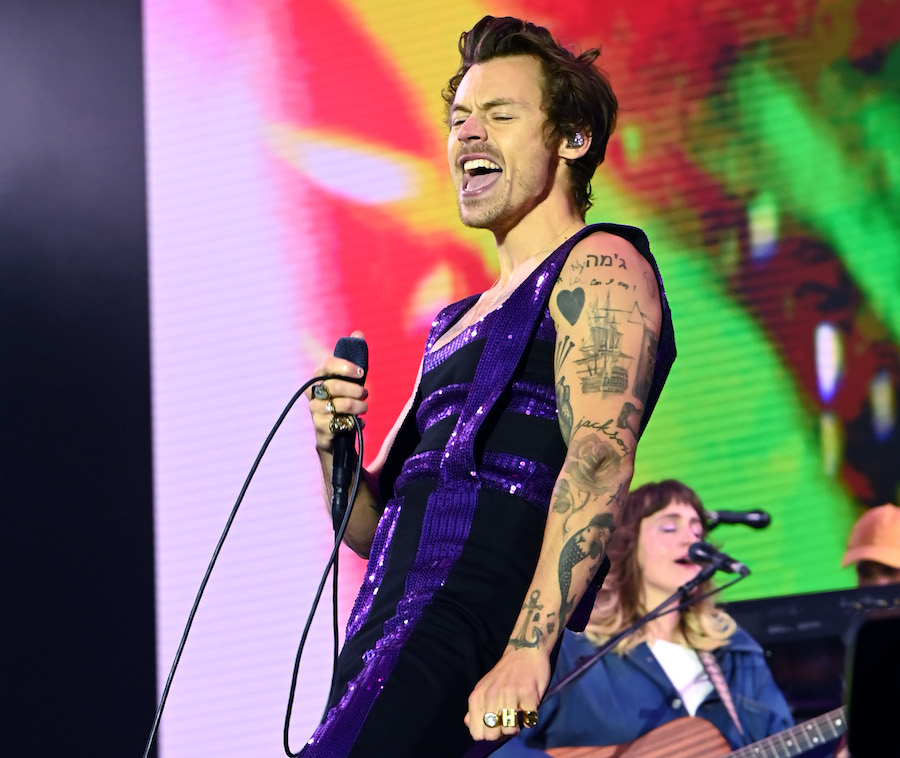 TikTok has made the collective decision that Harry Styles’s “Music for a Sushi Restaurant” is far more dynamic than meets the ear. Although Harry proclaims multiple times throughout his song that it is indeed intended for a sushi restaurant, fans raise the compelling point that this recent hit is actually much better suited to be a 2011 Disney Channel Theme Song or the soundtrack to a Kohl's commercial.

This upbeat song will have your feet tapping instantaneously, but the 18-second mark is where things truly get interesting. If you grew up watching Disney Channel in the early-2000s, you’re sure to be struck with nostalgia as you scramble to place the tune before finally coming to the conclusion that it sounds exactly like "A.N.T. Farm"’s iconic “Exceptional”. Not only do fans recognize the uncanny resemblance, but queen China Anne McClain herself, who sang “Exceptional” for the show, acknowledged the way in which she seemingly inspired Harry’s song. This past Wednesday (June 8), she duetted a TikTok made by @startyoursinjins which states that Harry got “possessed by China Anne McClain” while writing. In her duet, China dances along to the song, then zooms in on her face and smirks at the camera. The comment section serves as a supportive environment where fans leave messages like “I KNEW IT SOUNDED FAMILIAR I JUST COULDN’T PINPOINT IT” and “FINALLY IT WAS ADDRESSED I THOUGHT I WAS GOING CRAZY.” Thus, it is safe to assume that, if you are looking to relive childhood memories this Summer, listening to Harry’s “Music for a Sushi Restaurant” will do the trick.

But the fun doesn’t end there. One minute into the song, heavy drumming followed by a medley of other instruments and some more possession by China Anne McClain perfectly comes together to sound like the department store anthem of the Summer — most definitely in a good way! In fact, by June 2, Apple had already released an AirPods with Spacial Audio commercial starring Harry himself. Get excited, because this Summer you will not be complaining when an ad interrupts your TV show. A short break to listen to Harry Styles will melt away all of your troubles.

And to top it all off, @brookieandjessie on TikTok has us covered with a perfectly cheerful and entertaining “Music for a Sushi Restaurant” dance. Looks like we already have an anthem for Summer 2022!

us in the sushi restaurant: