Halsey Is At Her Most Intimate In Newly-Released Book of Poetry! 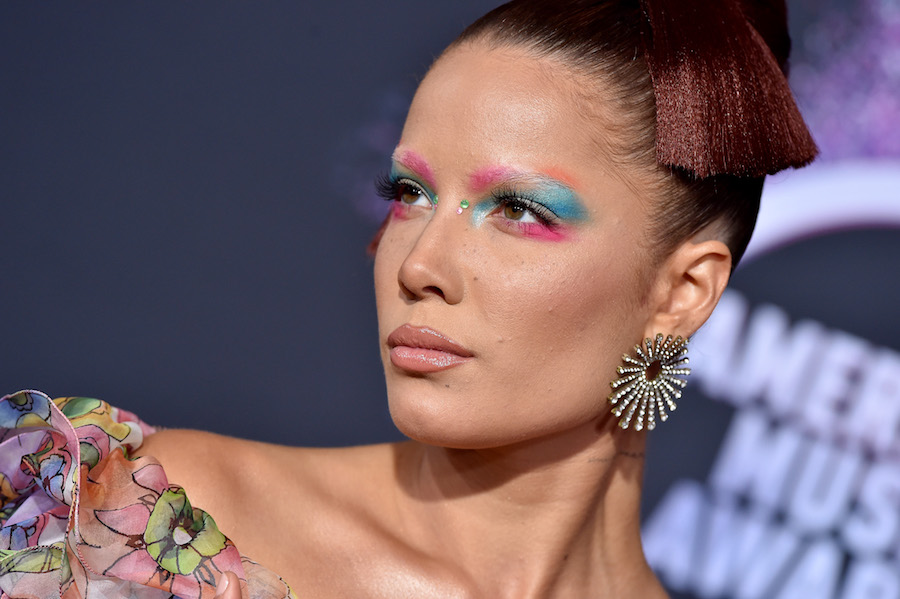 Halsey can now add published author to her extensive resume. The New Jersey native released her debut collection of poems, I Would Leave Me If I Could, on Nov. 10.

Here is the table of contents for my book. It comes out tomorrow. I sincerely hope you love it. It’s my favorite thing I’ve ever made. https://t.co/HqIrJJ8joMpic.twitter.com/apXAxr95H2

Halsey has never been shy about sharing intimate details of her life, so it comes as no surprise that she gets super personal in her poetry too. This is not the first time the singer has dabbled with poetry either. Before signing to a record label at age 19, she was posting her poetry on Tumblr.

Today is the day. Years in the making. My first collection of poetry “I Would Leave Me If I Could” is out. It’s things I ruminate on, fixate, miss, cry, regret, re-live and overcome. I love being a weird popstar. But I’ll always be a writer first and foremost. Thank you ? and thank you to @ryanfischerharbage and @sgfrerich @mariaamargarita @anthonytomasli for believing in the words!

The singer-songwriter opens up about moments in her life that even her die-hard fans were not aware of. During an exclusive live stream through Moment House, Halsey shared the reason why she was inspired to release a collection of poems: “This is as honest as I could possibly been. I’ve given you parts of myself I’ve never told my parents or my closest friends.”

Halsey bares her soul through her written word. Her poetry covers a variety of topics important to her life including her family, past relationships, gender, and sexuality. In one of the poems featured in her book, “I am angry because of my father”, Halsey writes about how she inherited her anger issues from her father.

She writes, “I am angry because of my father. / Because he would come home / Wrinkled from work, / And slam the door so hard / the house would shiver.”

In another poem, “Powerless”, Halsey gets candid about her gender and sexual identity. She questions the power dynamic of the relationships that she has: “why is the straight part of me / powerless?”

To Halsey, poetry is forgiving even if it is personal, because when people read the poems, they see themselves. The singer chose to be raw and vulnerable, sharing some of the most intimate moments she has experienced in her life with her fans that can relate to them.I Would Leave Me If I Could gives a raw glimpse inside the mind of Halsey that we have not seen before, and she even contributed the artwork on the cover!

Pick up a copy of I Would Leave Me If I Could now!