"Hack Into Broad City" During the Wait for Season 4! 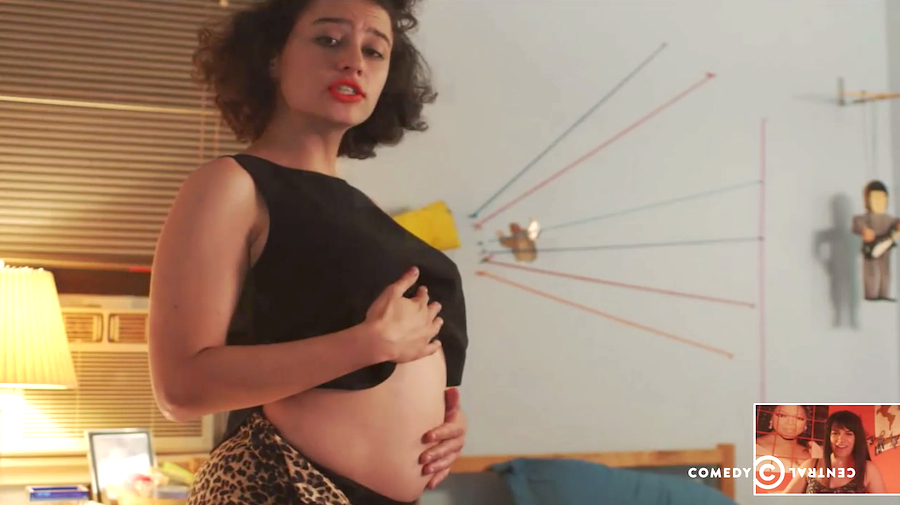 Sometimes it feels as if half of my life is spent wondering when a new season of "Broad City" will come out. Upon learning the date, a waiting game begins and I find myself missing my television friends, Abbi and Ilana, and wondering what they’re up to. Luckily for me and other "Broad City" fans, the creators and stars of the show, Abbi Jacobsen and Ilana Glazer, have released short webisodes onto YouTube called "Hack Into Broad City".

They started this venture in 2014 during a hiatus from the show, and their most recent video in this YouTube series was released earlier this year. The webseries is hilarious, and while it’s not a full 30-minute episode of our favorite New Yorkers, it’s still better than the lingering nothingness we're left with in-between seasons. Each video is around 2-3 minutes long, recalling back to their days before "Broad City" found mainstream fame. The show we know and love today started as a short-form YouTube show, just like what "Hack Into Broad City" is now.

The series is formatted as conversations between Abbi and Ilana when they’re not together via phone and Facetime conversations. It is reminiscent of the opening scene of the pilot episode in Season 1, where Ilana and Abbi have their pre-work convo (NSFW):

The topics on the show range from Halloween, to a spa day, to the recent Presidential Inauguration. Although they are now going on their third year of making these short videos, a lot of "Broad City" fans are still unaware of their existence. The series itself has become a well-kept secret for the true die-hard fans, who use the videos as means to cope with the lack of a new season. If you consider yourself a hardcore devoted follower of the "Broad City" brand, then you also might want to check out the original "Broad City" webisodes, which are still on YouTube!

Thankfully, the highly-anticipated Season 4 release date is fast approaching. The show will be back on Comedy Central and our TV screens in August of this year.  Until then, we will always have YouTube and re-watching our favorite episodes online.