Green Arrow and the Canaries NEEDS To Get Picked Up! 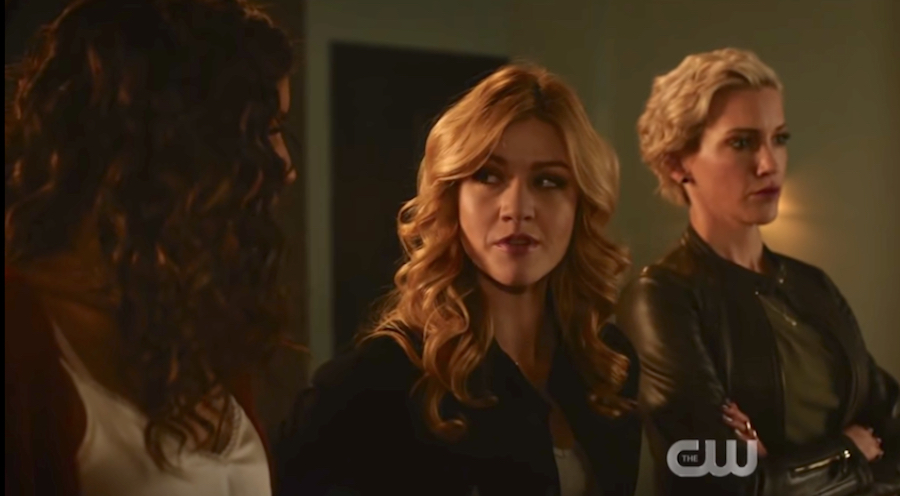 “There should always be at least one Green Arrow.”

Oliver Queen spoke these words to his daughter Mia during Part One of this year’s "Crisis On Infinite Earths" crossover. He trained her, suited her up, and made sure she was ready to take on the mantle when he died in battle.

When the time came, Mia Smoak-Queen was more than able to handle things, proving beyond a shadow of a doubt that she could take on her father’s legacy.

Fortunately, in the "Crisis" aftermath, Mia never had to. Oliver’s sacrifice meant that Mia grew up in a Star City with clean streets.

She didn’t learn who she truly was until Laurel Lance and Dinah Drake showed up in 2040 needing her help. The episode, titled “Green Arrow and the Canaries”, was meant to serve as a backdoor pilot for a Mia-centric spinoff series.

Once again, Mia Smoak-Queen stepped up as the hero and proved her father’s words to be true: There should always be at least one Green Arrow, and the next one should be Mia Smoak-Queen.

All that’s left now is for The CW to give the green light to a full "Green Arrow and the Canaries" series.

There’s a whole quiver’s worth of reasons why the show deserves to make it, but let’s start with the obvious one:Katherine McNamara.

Thanks to "Shadowhunters", we’ve known for years now that McNamara can anchor a whole show. In fact, Clary Fray has a lot in common with post-crisis Mia Smoak.

They’re both thrown into a world that they have a deep history with but don’t actually know about. They’ve both grown up without a father, thus knowing deep loss. Lord knows they’ve both handled demons.

Katherine McNamara is intimately familiar with playing a hero. Please just let her keep doing it.

That said, Mia is more of an anti-hero – much like her father was when he first started. There’s a darkness and a complexity to her that we need to see more of on television, especially in a female character.

In this new universe, Mia is grappling with the reality she’s grown up with versus the truth that Dinah and Laurel restored to her.

But she’s not the only one. Her fiancé, formerly a villain of Star City 2040, has just been given his memories back too. They’re the Mr. and Mrs. Smith of the Arrowverse, which is a tantalizing glimpse into what the core ship of the show would be.

Even if it implodes in Episode 2, there’s another relationship that Green Arrow and the Canaries can stand on – the relationship it’s built on.

Right now, the future of the Arrowverse is looking very female. We’ve got Batwoman, Supergirl, and then there’s Sara Lance as captain of the Waverider in "Legends of Tomorrow". Thanks to "Crisis" putting them all on the same Earth, each city (or, you know, time period) has a badass woman looking after it.

Mia Smoak, Dinah Drake, and Laurel Lance should be the ones to handle Star City.

With Felicity officially out of the picture – no, I’m not ready to talk about it yet – Mia could use some Cool Aunt figures in her life.

Dinah and Laurel will take care of Oliver and Felicity’s daughter; it’s why they’re there in the first place. Without them, Mia seems destined for a less than ideal fate.

Plus, 2040 needs the Canary program to start back up. Things can’t stay perfect forever, right?

Do the right thing, CW, and give us the series pick-up. Mia needs to suit up again.