Going Analog: Why Fanzines Are Making a Comeback In The Digital Age! 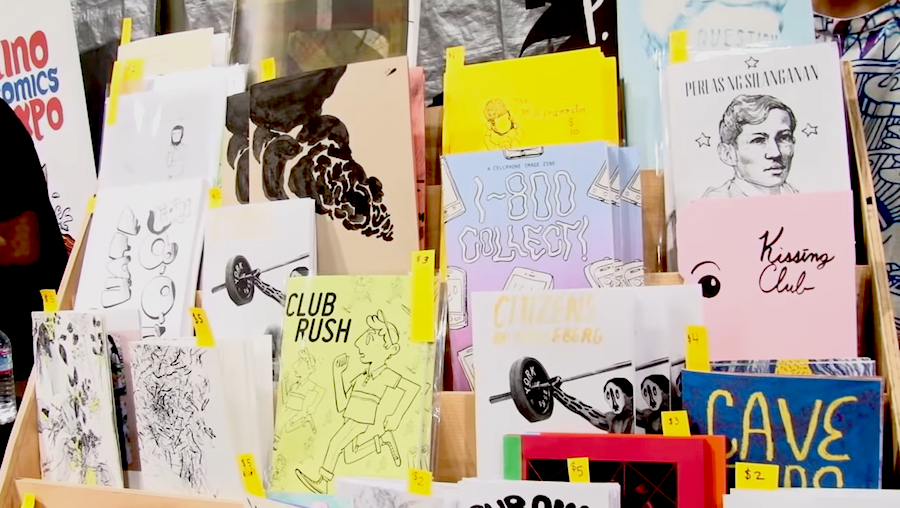 The average person gets around 65 notifications on their phone per day, informing them on important dates, trending news, and the newest fashions, TV shows, and musical artists. The most niche topic can be found and discussed in great detail online in a matter of seconds. But before the Information Age, people had to do the work manually to find communal interests and ideations; a popular method of spreading information was the zine.

A "zine" is a handmade, self-published pamphlet or magazine that displays text, photos, drawings, and other visual media adhering to a common theme. In the past, they were made in small batches and typically circulated in particular communities; they have always been a large part of countercultural movements, allowing their authors full freedom of speech and method of dictation.

Most people associate zines with the ‘90s, where they blossomed in the riot grrrl scene, used to spread punk and feminist ideology. However, the ‘90s marked the era of commercialization for the zine, not the conception.

Zines can be traced back to the 1930s, where post-Depression science-fiction fans compiled their addresses and fan theories about their favorite pulp magazines. These "fanzines" were a new method of communication that allowed for people to interact with others from different parts of the country, which was particularly illuminating during a period of such darkness for the United States.

The ‘70s marked a major turning point for the zine -- they were easier than ever to create and distribute, due to the increased accessibility of copy machines and printers, and the punk movement had just hit the U.S., bringing with it some of the most prolific material for DIY magazines. Album reviews, concert dates, artist biographies, and fanart littered the pages, thus preserving fleeting moments of time that otherwise would have been lost to history.

Today, zines are back, in an albeit slightly altered form: online DIY publications. Websites and blogs are springing up left and right, started by anyone who has something to say. These sites are usually collections of submitted artwork, essays, and music from a particular community. Readers can comment on their favorite pieces and start discussions with other readers and creators, thus making the function of zines and fanzines more interactive and less exclusionary. Some people are still making zines by hand, and they often upload photos of their work to platforms like Instagram and Twitter.

It’s easy to get lost in the millions of voices that the internet holds; people today are looking for new ways of self-expression, and the past just might hold the key. All that’s needed is a pair of scissors, a marker, and some paper... or, of course, a trusty Internet connection.