Get Your Geek on at These 8 Upcoming Conventions in SoCal! 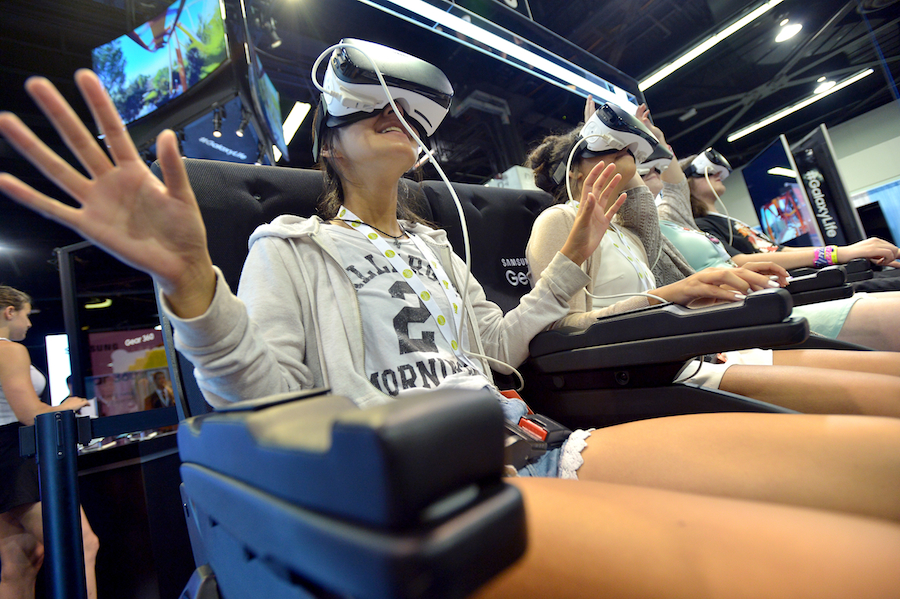 Southern California is constantly hosting some of the best large-scale events in the world, and we’re not just talking about Coachella. Conventions are amazing ways to connect with new friends and meet people in industries that you take inspiration from. This is the perfect time of year to begin thinking about purchasing tickets to a few, because they’re coming in hot! Here’s a list of some of the best conventions SoCal has to offer!

Test out a variety of virtual reality experiences ranging from shooting games to ones that give you the ability to climb and jump off of skyscrapers (all the feeling but without the danger). Arrive early if possible because lines form quickly!

As the website states, this convention is hosted by none other than “Supermodel of the World,” RuPaul! Catch drag performances and exclusive merchandise at the largest drag culture convention on the planet.

This is an insane gaming event with over 2,000 products on display! It is considered to be the biggest gaming news expo of the year. Participating companies include everyone from Microsoft and Konami to Capcom and SEGA, showcasing new titles and products.

YouTube creators are now rivaling television and film stars for social influence. Chances are that some of your favorites will be there taking questions on panels, available for meet and greets, and even performing concerts! The event also hosts food trucks and movie nights for those who aren’t ready for the experience to end when the sun goes down.

Another great place to catch some of your favorite beauty influencers and celebrities is at Beautycon! Whether you lean toward more natural looks or all-out glam, they have something for everyone, including Korean skincare products and self-guided meditation.

If you’re in need of Halloween festivities but don’t want to wait for October, this convention is perfect! Vendors display grotesque masks, dark apparel, and cute but creepy accessories. The best part is that several haunted houses around SoCal set up mini haunts as a preview for what is to come when the season arrives.

Similarly to Midsummer Scream, this is a horror convention that will continue to feed your Halloween cravings. Catch more pop-up haunts, VR experiences, and even classes in horror marketing, monster movement, and crafting!

Always be sure to check for student discounts or even volunteer opportunities! If you’re a regular blogger or contribute to a site that would post an article on the event, you might even be able to get on the press list! Conventions can get expensive, but you can always get crafty! Have fun!