Get Ready to Strike a "Pose" for Ryan Murphy's Groundbreaking New Series! 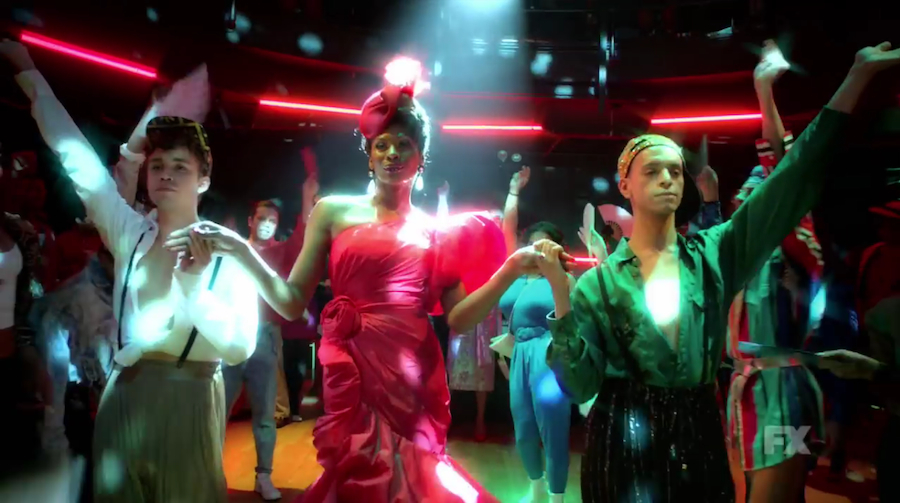 The mind behind “American Horror Story” and “American Crime Story”, Ryan Murphy, apparently hates having free time because he has yet another original show coming out. “Pose” focuses on the ball scene in 1980s New York City. If you don't know about the baIlroom community, its modern version emerged in the '80s as a place for gay and transgender people of color to gather, and quickly became a place of free expression. Balls focus on runway competitions where participants are scored on their posing, dancing, and costumes. You’ve probably heard Madonna’s song “Vogue” and seen the dance moves, and you can thank the ball scene for that. Actually, a lot of mainstream dance moves, fashion, and figures of speech originated from the ball scene of the 1980s. If you want to know more about this world, the great documentary Paris Is Burning offers an inside look, capturing the struggles, the triumphs, and the inner lives of those committed to the ball community. (You didn't hear it from me, but you can watch the whole documentary on YouTube.)

With the real-life ball scene in mind, here’s the trailer for “Pose”:

Is that trailer not everything you want it to be?? Let’s unpack. It looks like “Pose” is actually taking a lot of inspiration from Paris Is Burning, including the contrasts between 1980s-era wealth and consumption, which characters played by Evan Peters and Kate Mara seem to represent, and the financial hardships of those in the ball scene who want to emulate their splendor. It will also tackle the danger of being openly gay and transgender in society at that time, and the relief of finding a place that feels like home. Ryan Murphy and Evan Peters are responsible for some complicated characters in “American Horror Story”, so Peters will most likely have a very interesting role to play. It looks like he wants to be a part of the ball scene in some way, maybe because he’s confused about his own identity, or possibly as a representation of the fetishization that transgender people can face. While Evan Peters is always exciting, the new faces we will see look like they will be complex and interesting characters as well.

There’s Blanca (Mj Rodriguez), the confident house mother who runs a boarding house for dancers who want to compete in balls. Reluctantly under her wing is Damon (Ryan Jamaal Swain), who wants to be a famous dancer but has been kicked out of his house for being gay. And then there’s Angel (Indya Moore), who catches Evan Peters’s eye and looks like she has a lot of stories to tell. The best part is, these new actors playing transgender characters are actually transgender in real life; in fact, “Pose” has the largest transgender cast for a scripted series in history. TV history, people!

The cast and characters, the colorful dance scenes, and the beautiful fashion moments make this upcoming show look very promising and I hope you’re as seriously hyped as I am to watch it!! Catch its premiere June 3rd on FX.