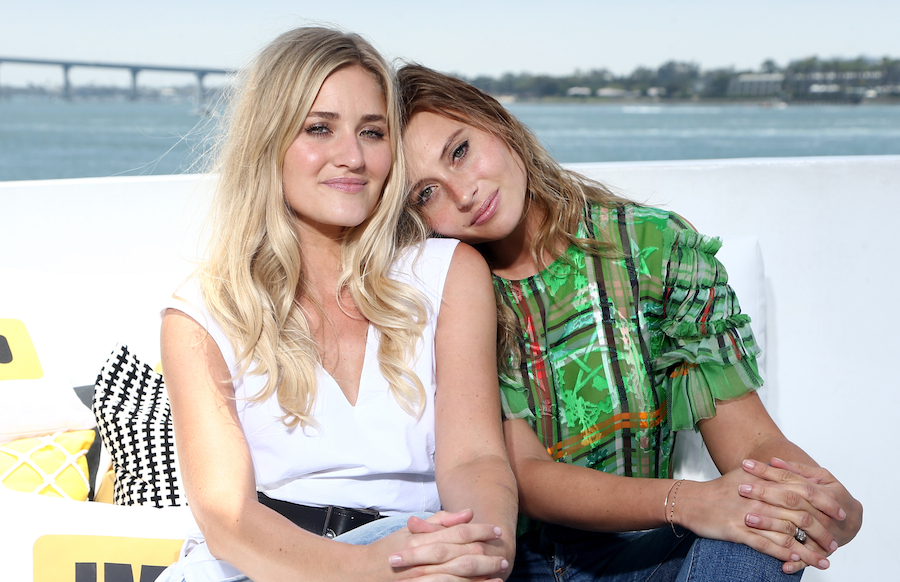 If you grew up in the age of “Cow Belles” and “Phil of the Future”, you remember the iconic sister duo, Aly & AJ. Their perfect voices and acting chops made everyone dream of being a pop star as their hit singles came on during commercial breaks on the Disney Channel.

Well, good news to all you '90s and 2000s babies, because they are treating us with more music after their 2017 EP, Ten Years, which followed a long hiatus since their critically acclaimed 2007 album, Insomniatic. “Like Woah!” They’ll be following up the EP and last year’s Promises Tour with a forthcoming, 5-song EP, Sanctuary. The newly released single, "Church", is a rocking pop song with a funky '80s vibe to it. The new single and the new EP will explore everything about adulthood: regret, slowing down, and spirituality.

During their hiatus, they were still pursuing their interests in different projects and just exploring their talents. They moved into their own houses and acted in various movies and TV shows. AJ leads "Schooled", ABC’s "The Goldbergs" spinoff set in the ’90s and co-starring Tim Meadows, while Aly appeared on The CW’s "iZombie". Their acting chops were the focus for a while and bloomed, but now that music is coming back into the picture, we couldn’t be more excited.

Aly & AJ join other groups coming back from hiatuses like the Jonas Brothers and the Backstreet Boys. Somehow, these iconic musical groups manage to come back with an effortless style that is reformed and even more groovy than before.

Now, they’re gearing up to hit the road in support of an upcoming EP for the Sanctuary Tour, which kicks off in May 1 in Normal, Illinois. They’re collaborating with The Trevor Project, an organization for at-risk queer youth, to have donation bins and awareness booths set up at every tour date.

It looks likeSanctuary is not just a new piece of music or comeback for the duo, but a time for a bolder and exciting new era.